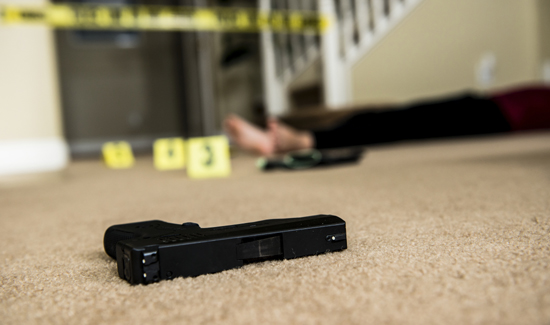 “I’m sitting here watching a man slowly die with his family around him praying for a miracle.”

That’s what SFPD Officer Roger Morse wrote on Facebook the other day.

Officer Morse works out of the Bayview Station. It’s a tough beat. But he’s there by choice. He’s there because he says he wants to help people.

He told me: “At that moment I felt I needed to share with my non-cop friends what I actually go through. Writing (the post) kept me from breaking down while watching the doctors attempt to bring him back.”

I’m sitting here watching a man slowly die with his family around him praying for a miracle that the trauma team knows will not come.

We are watching the numbers on all his machines count down as the plethora of drugs fail to keep him alive, a painful slow motion.

This is just one of the things I get paid to do, for I job I love doing.

You may hate me because you ran a stop sign and now have a ticket for a law I am paid very well to enforce, but understand that most of my job is pain and death and not to pick on somebody I don’t even know.

I can tell you that my partner and I walked in on an 11-year-old who just hung himself from his bunk bed because his mom was mad at him.

My partner was amazing in trying to bring him back, but we could not.

We got back in our patrol car and handled calls until we were ordered to return to the station.

I will do the exact same after what I am doing right now.

So, next time you’re stopped for “something stupid by an a–hole cop”, know that she/he might have just come from holding the head up of a 13-year-old who was shot in the head and drowning in his own blood.

I’ll continue to respond to the most dangerous areas and provide assistance as my job, my duty, my oath, my honor, and my integrity require.

I just want to give you a small understanding and insight.

I don’t need this post filled with “I love yous” and such, it’s not for that.

There are such strong feelings about police both pro and con.

And that’s why I wanted to post what Officer Morse wrote.

I think it’s important for people to see the side of police work that he’s talking about.

My hope is that this will give people a better/different understanding of what police do on a daily basis.

As always I welcome your thoughts. Whether you agree or disagree.