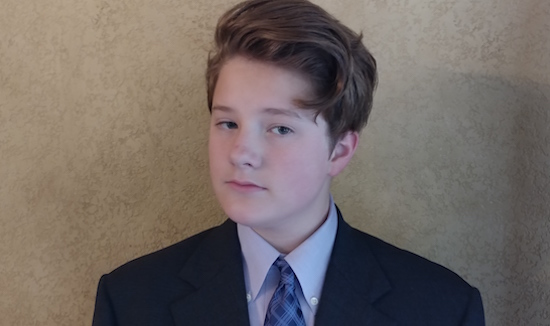 Ed. note: Jeffrey Addicott, Lt. Colonel (U.S. Army, Ret.) & Professor of Law & Director of the
Center for Terrorism Law at St. Mary’s University School of Law in San Antonio, sent us this short opinion piece written by his son, Blake. We found it inspiring and think you will, too.

The People Who Protect Our Freedoms
By Blake Addicott

When Americans think of symbols of freedom and the blessings that this great country offers to its people, most recall inanimate objects like the cracked liberty bell in Philadelphia or the tall Washington Monument in Washington D.C. While these symbols are important to our national culture, the reality is that we need not look that far to appreciate those who sustain our heritage of freedom.

In reality, the two greatest symbols of freedom are not really symbols at all. Our sacred freedoms are protected directly by the men and women who voluntarily wear the uniform and pledge themselves to defend the nation— giving their lives, if need be. On exterior lines, it is our military in uniform that defends us against foreign enemies who seek to harm us. On interior lines, our freedoms at home are protected by the local cop on the beat.

Unfortunately, too many Americans have forgotten this simple truth: freedom is never free.

Someone has to sacrifice so others may sleep well at night, secure in the knowledge that they are protected in their person and property. Without this stability,the nation would surely spiral down into a most miserable place to live.

Recently, the media and certain self-proclaimed “community organizers” have sought to tear down the very thing that keeps a given community from disintegrating into anarchy. Instead of working to spread the positive messages of the sacrifices our police make in their day-to-day actions to enforce the law, they fixate on the occasional officer that fails in his duty to protect and serve and use that in a “fake news” message to slander “all” police officers. In fact, the mother of all “fake news” is to use isolated incidents of police misconduct as an excuse to denigrate the law enforcement community as a whole. No good can come of it.

Fortunately, there are countless numbers of Americans that are oriented to reality and knows full well that the lawman is to be celebrated and respected. They know that he or she is the true symbol of their freedom.

Blake Addicott is a volunteer research fellow at the Center for Terrorism Law.

Blake, your “FREEDOM IS NEVER FREE” is very powerful and I’m
very proud of you…keep up the good work, Love you very much,
P.S. The people who volunteer to protect and serve, I think, deep within themselves
believe in the one who helped establish our Nation Under God, is GOD himself; that gives
them the courage.