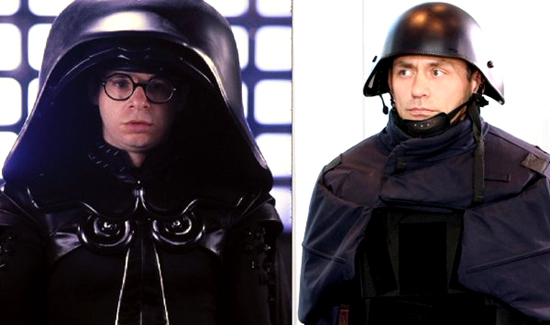 Here’s the thing about the internet—it’s basically just a high-tech way of talking smack.

When it comes to so-called social media, it’s even worse.

One slip of the tongue, one poor fashion choice or wardrobe malfunction, and you’ve got a target painted on your back that reads “Kick me!” to pretty much the entire planet.

So when German police rolled out their new tactical helmet in a series of photos, it wasn’t much of a shock that Twitter and Facebook addicts went ballistic.

The lesson here is it’s always a good idea to have a bunch of really mean 14-year-olds take a look at the new gear before it goes live on the Web.