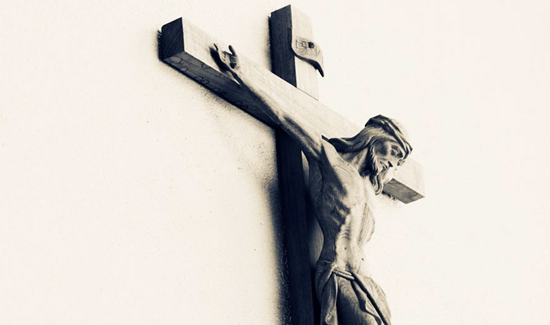 It’s become popular recently in some law enforcement agencies to display “In God We Trust” stickers on patrol vehicles.

But, for some, the stickers don’t quite get the message across with adequate clarity.

In addition to the stickers, some agencies apparently would like to go a step further by adoring official vehicles with crucifixes.

Texas Governor Greg Abbott, for one, doesn’t see any issues with the practice.

In a brief sent to Texas Attorney General Ken Paxton, Abbott wrote that the crosses do not violate the Constitution’s guarantee of separation of church and state.

“Even under the U.S. Supreme Court’s expansive interpretation of the Establishment Clause’s limited and unambiguous text, the Court has never held that public officials are barred from acknowledging our religious heritage,” Abbott wrote in his brief.

“To the contrary, the U.S. Supreme Court has long recognized the demographic and historical reality that Americans ‘are a religious people whose institutions presuppose a Supreme Being.’”

The Freedom From Religion Foundation first called attention to the crosses in December, saying in a letter to the sheriff they were inappropriate.

“It is inappropriate and unconstitutional for a government entity to display a Latin cross on its property because it conveys a preference by the Sheriff’s Office—and by extension, Brewster County—for religion over nonreligion and Christianity over all minority faiths,” wrote Sam Grover, a staff attorney for the foundation.

“When a sheriff mandates the display of a symbol from his preferred religion on county property, not only does he unconstitutionally endorse religion, but also risks alienating the nearly 30% of Americans who are non-Christian.”