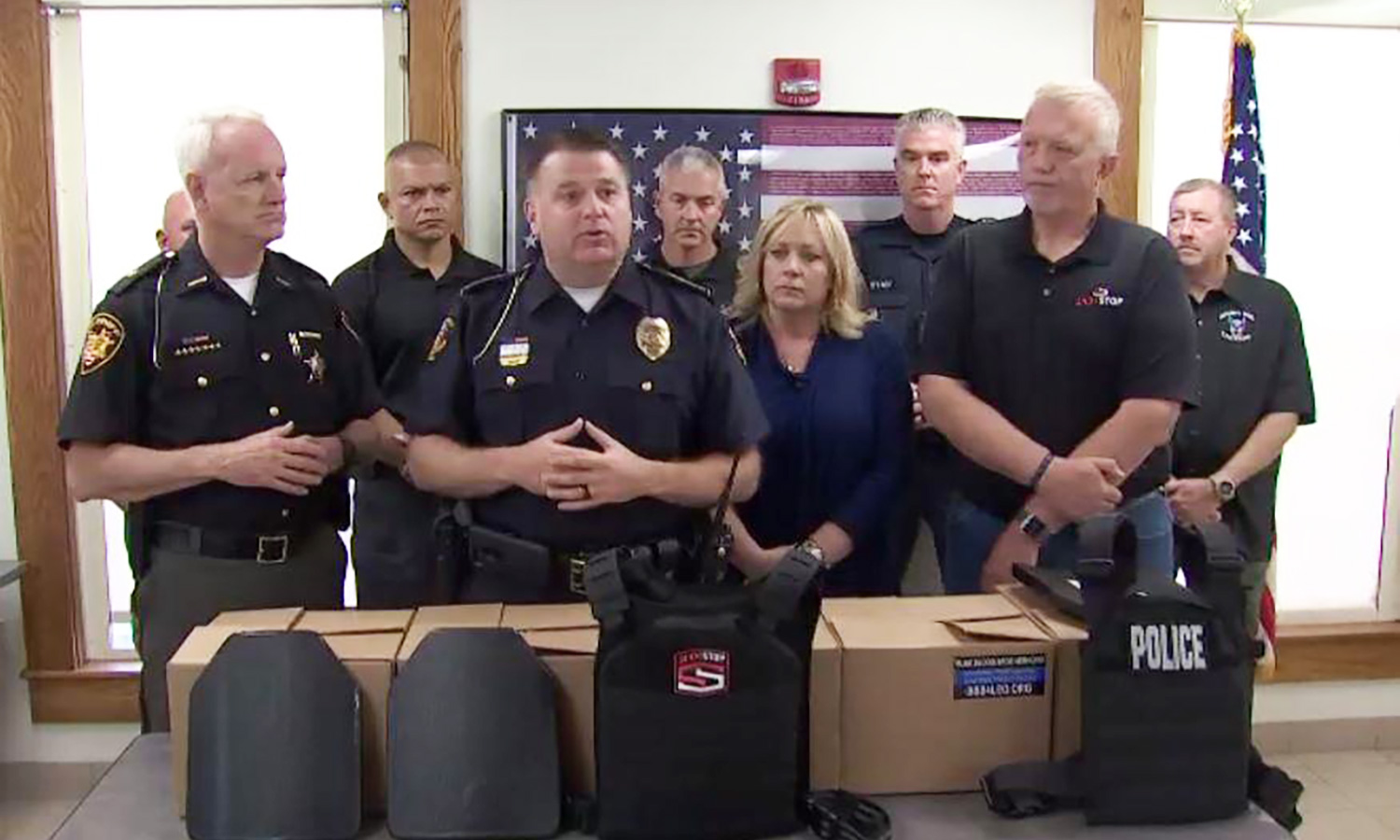 DELAWARE COUNTY, Ohio — Jury selection is scheduled to begin in just a couple of weeks for the man accused of shooting and killing two Westerville police officers.

“When they go out on 911 calls — as officers Joering and Morelli were called out on — they will have a little bit more confidence knowing they will be fully protected,” said Tuesday Browning from the Blue Blood Brotherhood organization.

Twenty-eight vest inserts from Shotstop were donated through the Blue Blood Brotherhood organizations to the Delaware County Tactical Unit in memory of the two fallen officers.

“It’s a great donation in the name of two great men, Eric Joering and Tony Morelli. Obviously they touched the hearts of the people in these organizations,” said Westerville Police Chief Charles Chandler.

With the new safety equipment, officers will have a weight lifted off them.

“it’s relatively lighter compared to what we are used to, we are probably cutting about 15 pounds of weight,” said Ramon Diaz, Commander of the Delaware County Tactical Unit.

Which will help them focus their energy on making arrests.

“We get tasked to do all kinds of things at all hours of the night, fatigue is always a concern. Speed is important to us. Carrying an additional 15-20 pounds definitely impedes on where you need to get to quickly,” Diaz said.