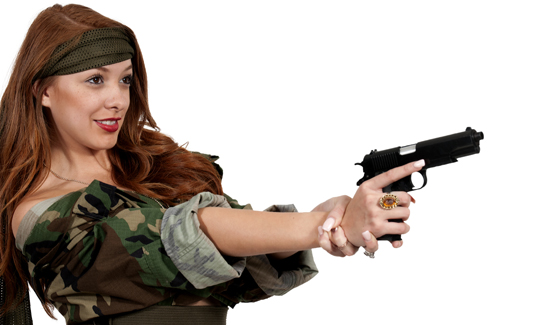 That’s generally the really pressing question for cops and civilians alike when the gunfire starts and people are screaming and running for their lives.

Milwaukee County Sheriff and television personality David Clarke and other law enforcement figures have called on civilians to arm themselves and take the fight to the bad guys instead of calling 911 or waiting for professionals.

“Point that barrel center mass and pull the trigger” because 911 is not our best option,” has been the advice from some quarters.

While politically popular, especially with gun culture enthusiasts and activists, the idea that civilians should lock, load and start firing does pose a few issues logistically speaking.

Like when a guy in camouflage and an M-4 (with a wild look in his eye) shows up at a mall to “help out” after false reports of shots fired.

Unless, of course, the cops think the good guy with the gun is the bad guy because it turns out the bad guy didn’t exist—it was just some old lady that got spooked when a kid popped a balloon and called in multiple active shooters.

When police are pulling back from dealing with crime, what choice do we have?