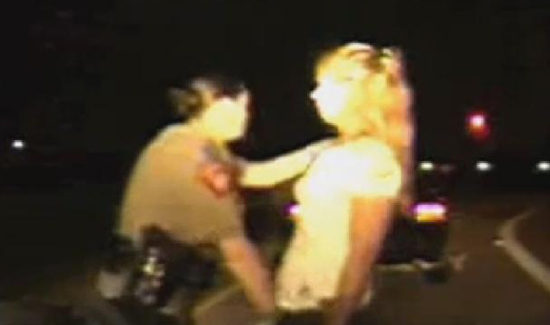 In South Dakota, if police officers suspect someone in custody is high on drugs and they refuse a urine test, cops can get a judge to sign a warrant that will allow them to bring said suspect to a hospital where a catheter is inserted.

Tim Whalen, a Lake Andes attorney who has represented a couple of clients that have had urine samples taken without permission, says it ain’t pretty.

“They don’t anesthetize them,” Whalen told reporters from the Argus Leader. “There’s a lot of screaming and hollering.”

Additionally, if police officers in some areas believe that a suspect might be concealing narcotics inside their body, they can perform a roadside cavity search.

When people hear about this stuff, it turns into a real headache for the boss.

That’s because people generally associate law enforcement with guns and badges as opposed to lube and surgical gloves.

At any rate, in Harris County, Texas, Sheriff Ron Hickman is having a hell of a time playing defense.