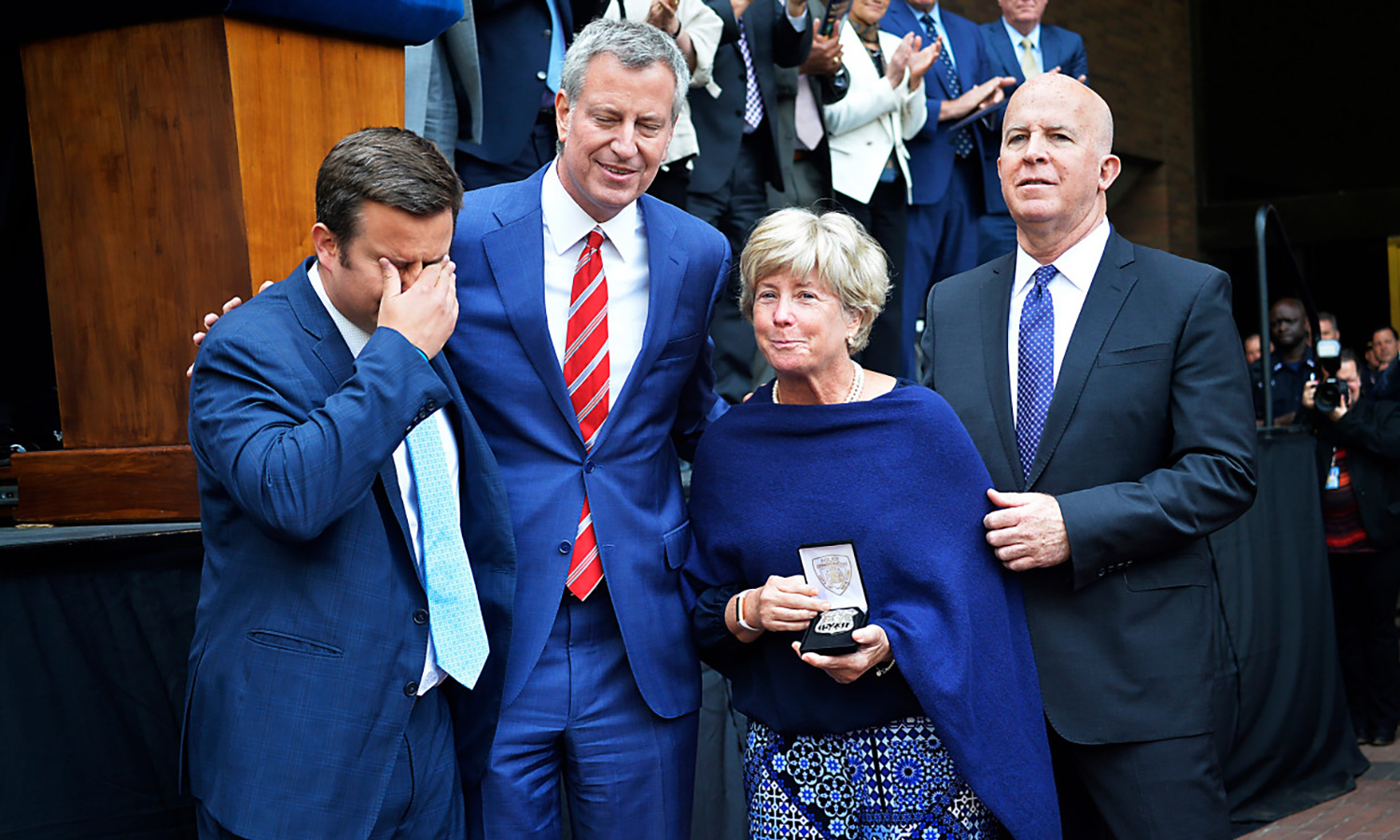 The shield number that slain NYPD Detective Steven McDonald wore when a gunman shot him was retired in a ceremony on Wednesday — after a Queens cop who was wearing the number offered to give it up.

McDonald was shot three times in July 1986 as he questioned a group of robbery suspects in Central Park. After the shooting, he was confined to a wheelchair and needed a ventilator to breathe.