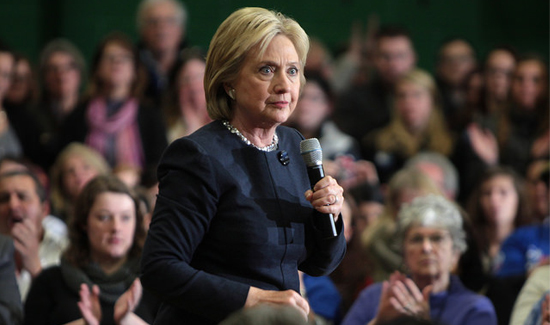 Here’s a letter from an apparent police supporter upset that presidential candidate Hillary Clinton didn’t reach out to local law enforcement during a recent campaign stop in Nevada.

Via the Reno Gazette-Journal:

Hillary, you blew it.

My first question is, did you take any pictures with the law enforcement that was watching out for you on the local level, while in Nevada?

I know the answer to this question is no.

Rumor has it is that you don’t care for law enforcement anyway.

What is your problem?

Do you know how many votes you just lost, if you even get the nomination?

So all people reading this that have ties to law enforcement should think twice about the support Hillary will give law enforcement on the national level if ever needed.

Funny thing is she was signing her book for people. That’s why she was too busy for the officers.

Goes for anybody R-W-B patriots as well. H Clinton will trample what 44 leaves of the Constitution and Our Bill of Rights.