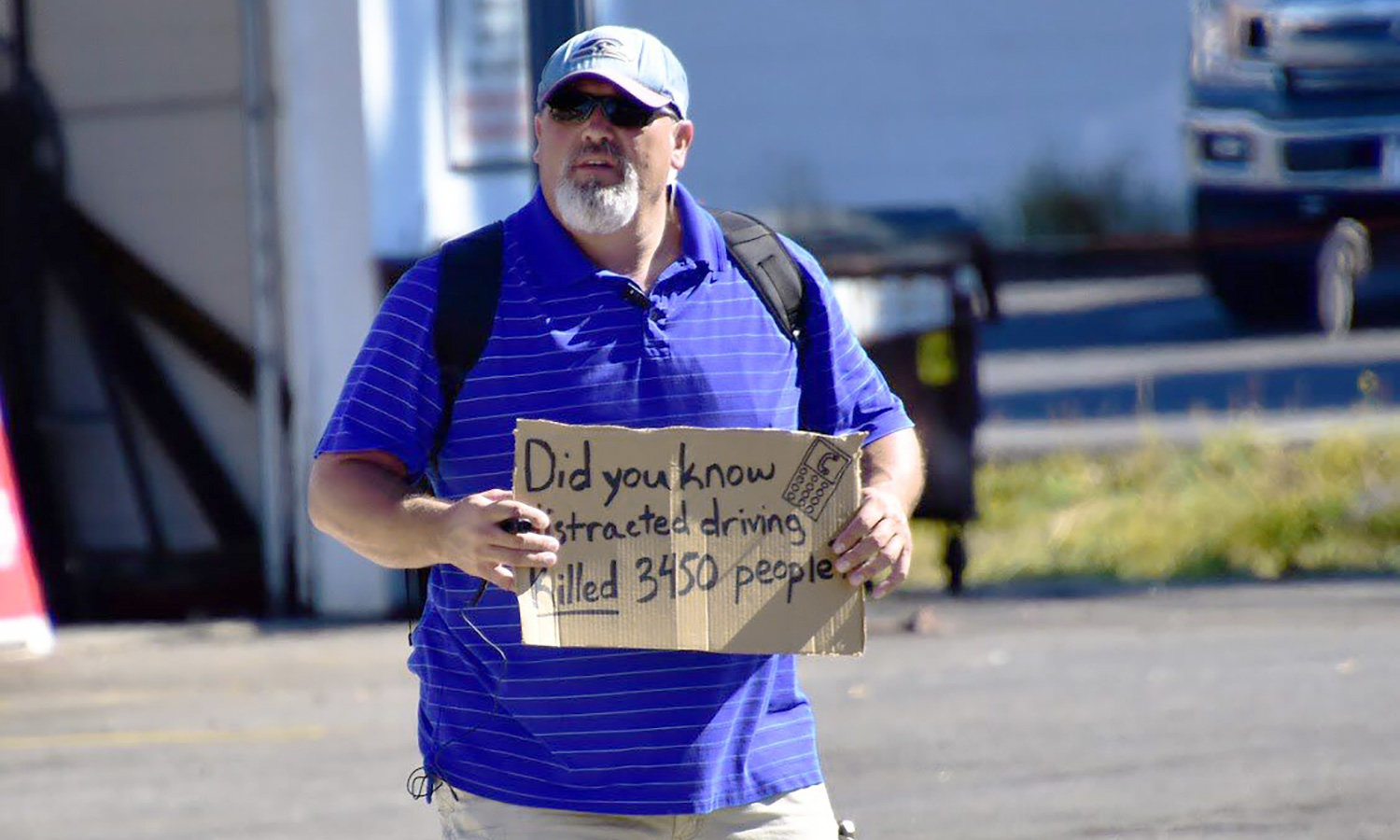 HILLSBORO, OR (KPTV) – The Hillsboro Police Department is using a unique tactic to make streets safer for drivers and pedestrians.

The department recently launched a campaign funded by a $15,000 grant from Oregon Impact and the Oregon Department of Transportation.

The grant has allowed HPD to perform four undercover traffic sting operations, which it’s been documenting on social media to raise awareness.

Their message, according to Traffic Sergeant Jincy Pace, who’s in charge of the operation, is simple: “Hang up the phone and drive.”

“When we first put our spotters out, some people saw them and thought it was strange some random person was standing on the corner not doing anything. So, they would actually stop whatever behaviors they were doing,” Pace said. “The second I handed my officers a sign people suddenly ignored them.”

Written on each cardboard sign is this message to distracted drivers: “Distracted driving killed 3,450 people.”

Pace says it’s a 2017 federal statistic given to police.

Ironically, Pace says, many of the drivers fail to notice the message because they’re looking down at their phones. When that happens, the spotter radios it in to other officers, posted down the road, who then pull the driver over.

“We see the most violations occurring at the intersections and stop lights because people think, well, I’m not driving. So, I don’t need to be paying attention,” Pace said.

According to Pace, so far, 143 people, have received traffic tickets during the four operations HPD has conducted.

Pace says a second ticket can cost $480 dollars, and if the driver gets three on their record dating back to July of 2018, they can be charged with a misdemeanor and face jail time.

Pace is hoping these stings teach those behind the wheel that sending an email, text or making a phone call can wait.