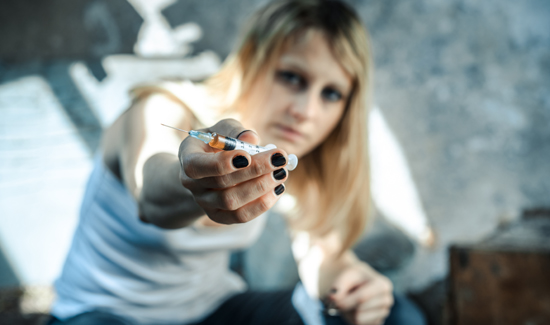 The nature and perception of drug addiction in the USA has changed radically recently.

What was once perceived as an urban problem related to illicit drugs has now become a multi-generational affair that cuts across all lines of class, race and whatever else.

If you read American Police Beat, you know that opioid epidemic has hit police families just as hard as families and individuals outside of law enforcement.

Here’s the scary part. It’s getting worse and no one has anything like a plan to deal with what can only be described as a national public health crisis. For instance the current administration has recently announced that professional angry person and non-health expert Kelly Ann Conway will be the new “opioid czar.”

At any rate, drug addiction is increasing and a spokesperson for the Washington County, Tennessee Sheriff’s Office has confirmed to News 5 that Sheriff Ed Graybeal has fired his daughter and son-in-law from the force.