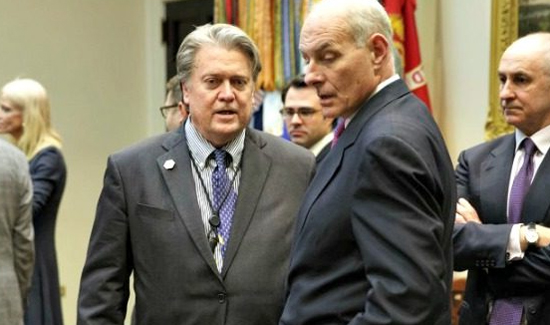 Ed. note: People probably don’t remember who Jeh Johnson is, but he’s the former United States Secretary of Homeland Security. The DHS continues to be a totally chaotic and massive bureaucracy in which no one really seems to know what they’re doing. For instance, DHS says there was no Russian hacking around the recent election. But that’s really just their best guess because they never ran an audit to check it out. No wonder the 290,000 federal employees at the agency need a morale boost.

Via the Washington Examiner:

The House passed legislation Tuesday night aimed at boosting the morale of workers at the Department of Homeland Security, which has scored last among large federal agencies when it comes to the happiness of its employees.

Among other things, it would let the DHS secretary set up an annual employee award program, help DHS workers find ways to advance within the department, and create an employee engagement steering committee. That committee would work to “identify factors that have a negative impact on employee engagement, moral, and communications” within DHS.

“This legislation … has received tremendous support from the labor organization representing the DHS workforce,” said Rep. Bennie Thompson, D-Miss., who authored the bill that the House passed in a voice vote Tuesday evening.

“My legislation sends a positive message to the DHS workforce that their contributions to the DHS mission are valued, and they have not been forgotten as they endure new stresses and challenges under the Trump administration,” he said.

A survey released last year said morale at DHS had improved, but that the department was still last when it came to employee engagement and job satisfaction.