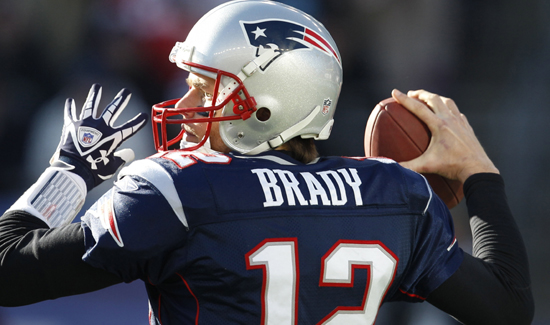 The greatest unsolved mystery of our time may end up going unsolved for a little bit longer, because it appears that finding Tom Brady’s missing jersey isn’t exactly a high priority for police in Houston in right now.

During a radio interview with 104.9 the Horn in Austin on Tuesday, Acevedo made it clear that the Houston police have other things to worry about. You know, like solving murder cases.

“It might be the highest priority for [the] lieutenant governor, I can tell you we had three homicides the night of the Super Bowl in the city of Houston, and we’d like to find [the jersey], but I don’t think we’re burning the midnight oil worrying about a jersey.” Acevedo said, via the Austin-American Statesman. “It’s just not the biggest, greatest importance in the big scheme of things.”

That doesn’t mean that Houston police have already give up on finding Brady’s jersey, it just means that they’re probably not going to put a lot of manpower behind the case.

“I told those guys, ‘Hey guys, we’ll give it a run, but let’s keep things in perspective, it’s a jersey,'” Acevedo said.

If any Patriots fan is upset about the fact that HPD won’t be wasting many resources on Brady’s jersey, Avevedo says not to blame his guys because it’s not their fault the jersey disappeared.