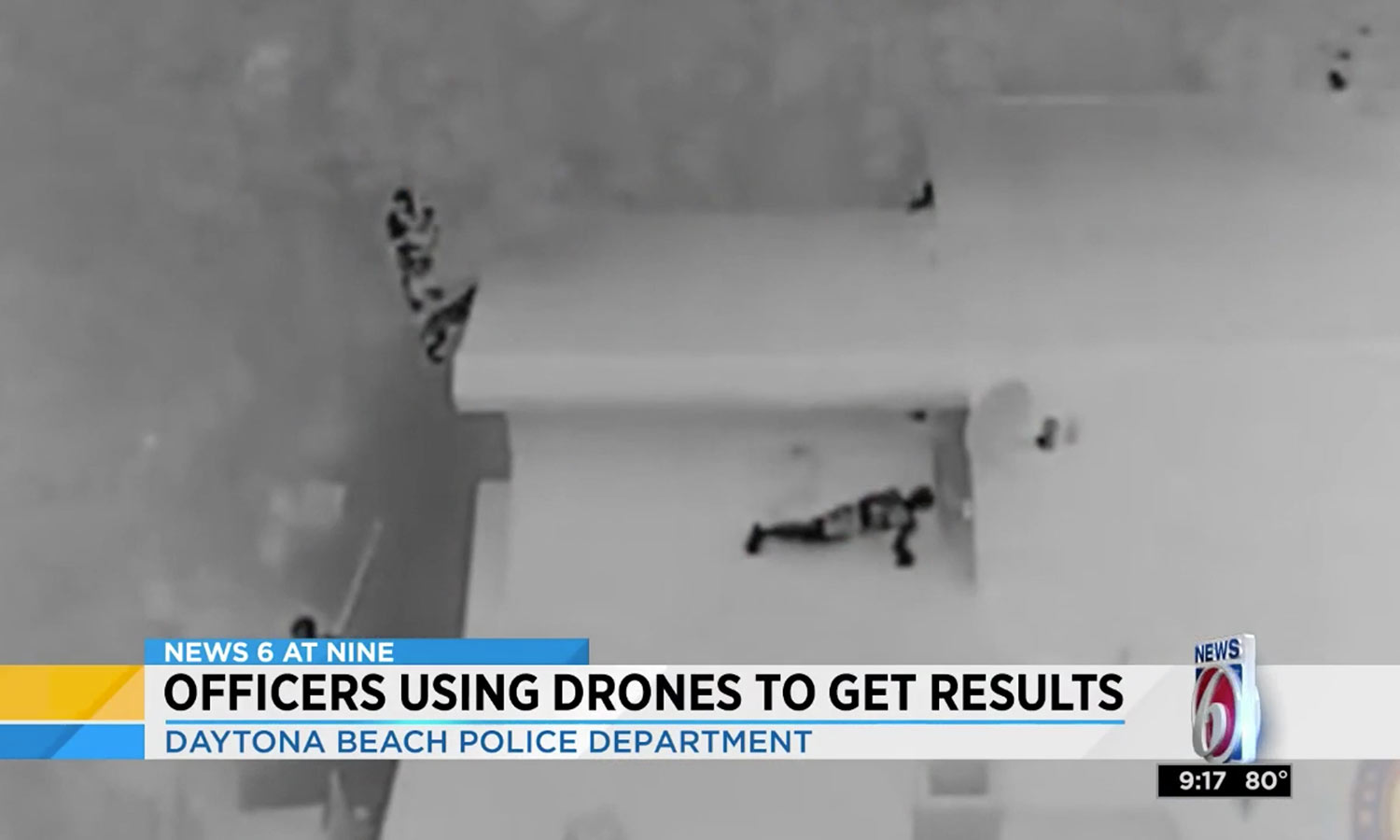 More and more police departments in Florida are turning to technology, including Daytona Beach police.

And it’s with the use of drones, a technology that Daytona Beach police started using after a tragic loss last year, that Capri’s department is carrying out search and rescue operations.

“An Alzheimer’s patient was able to get out of a assisted living facility and disappeared. We looked for him for about almost two weeks. We had K-9s out, we had the helicopter out, we had people on foot, volunteers,” Capri said about their efforts to find the man.

But it was too late by the time authorities located the patient. The man was found dead within three-quarters of a mile from where he disappeared.

“That made me really say, ‘Hey, we need to get on this drone program as soon as we can,’ so we partnered with our great college, Embry-Riddle Aeronautical University,” Capri said.

Soon after, four officers and a sergeant went through 40 hours of training with instructors from the university, and they’re now certified FAA drone pilots.

For the first time, on Aug. 1, with help from one of five drones bought by Daytona Beach police, officers arrested a burglary suspect.

“With the flare system on there, which is basically another word for thermal imaging, we could see the suspect on the roof laying down and then we could move our resources in there,” Capri said.

Capri said it took about an hour to capture the suspect. No officers were injured and neither was the suspect.

The police department in Daytona Beach has three types of drones.

“This first one here is our largest one. This is a DJI matrice 210. This is the mavick pro, um, this one has 4K video on it. This one is short range, and what we’re kinda looking for. This one is like inside of a building. Say we have a large building that has a burglar inside of it. Send this one in and kinda look around before we send the officers in and keep them a little bit safer,” Sgt. Tim Ehrenkaufer, who is trained to pilot the drones, said as he showed News 6 at Nine reporter Carolina Cardona the aircrafts.