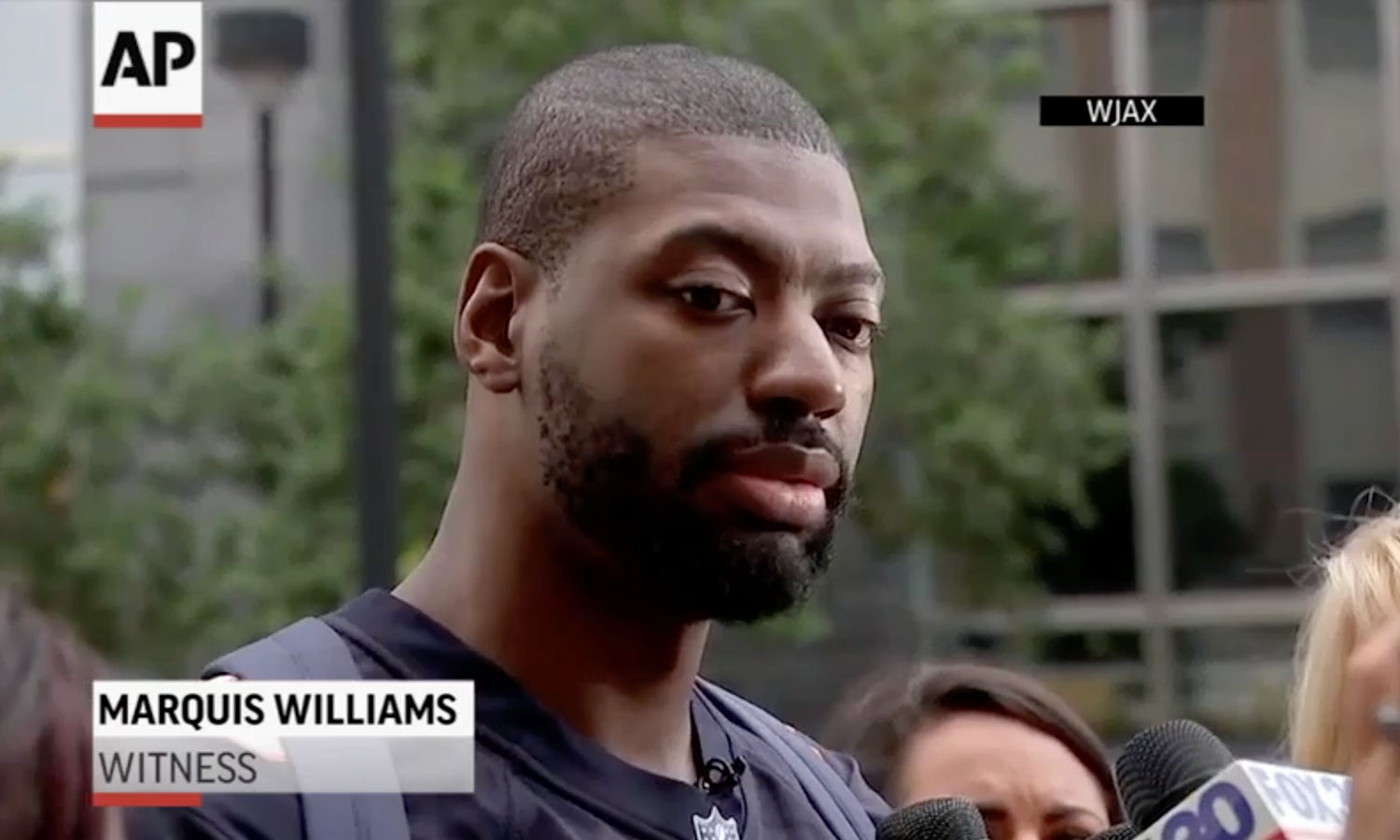 For the 30 or so gamers crouched over monitors and donning headsets at the rear of a pizzeria on a sleepy Sunday morning, it would be the second day of competition and a test of steel nerves.

Gamers play hard, they will to win; no challenge is too steep. They are in the zone.

And the prize was flashy at the Madden NFL 19 Classic qualifier at the GLHF Game Bar: a trip to a marquee event in Las Vegas in October.

At the Chicago Pizza and Sports Grille, the lunch shift was swinging into action across from the glistening St. Johns River, most customers oblivious to the intense contest buzzing in the back unless they cut through the space on their way to the restroom.

At about 1:30 p.m., two hours into the tournament, both worlds collided in a blitz of bullets that would leave three dead, 11 injured – and a stunned nation grappling again with the high price of gun violence.

Gunshots and piercing screams echoed through the Twitch live stream of the tournament in real time, leaving millions of helpless online viewers across the nation aghast as the horror unfolded and patrons made a mad dash for survival.

Braheem Johnson, a cook at the pizzeria, caught a glimpse of the shooter as he fired into the crowd. “I just heard shots and I looked at the window and I see him,” Johnson said. “Dude came in there, basically like, to kill … He was just in his rampage mode.”

Johnson barricaded himself and some customers in the restaurant and grabbed a pair of kitchen knives. “If you come into this kitchen, you’re bound to get stabbed,” Johnson said he told the gunman.

Marquis Williams told the Associated Press he and his girlfriend, Taylor Poindexter, were ordering pizza at the restaurant when they heard an unsettling sound. “Initially we thought it was a balloon popping, but there weren’t any balloons in the room. Then we heard repeat shots and we took off running.”

Within minutes at 1:36 p.m., Jacksonville sheriff’s deputies arrived and began clearing the scene.

At 2:13 p.m., officials confirmed the shooting and warned visitors to steer clear. About 45 minutes later, the sheriff’s office tweeted that it was methodically searching for those who were still in hiding. “We are finding many people hiding in locked areas at The Landing. We ask you to stay calm, stay where you are hiding. … We will get to you. Please don’t come running out.”

Ryen Aleman told NPR he was one of those who sought a safe space when bullets flew. Aleman said he was engrossed in the game when shrill pops rang out and players fled the room. He told his video game opponent to crawl with him to the restroom, where the two stood on a toilet in the stall.

After a few minutes, the gunfire seemed to end, Aleman told NPR, and he and his companion fled the restaurant. “As I was coming out, I saw three bodies on the floor, unconscious,” he said.

About a dozen firefighters with the Jacksonville Fire and Rescue Department were training in the structure just north of the Landing when the gunfire rang out.

They rendered aid outside the restaurant to the “walking wounded,” then made their way inside to find flipped tables and broken plates and glasses scattered across the floor.

“As soon as we walked in, we saw one victim that was in complete shock,” said Bobby Dopson, 41. “He was straight ahead, sitting in a booth or standing up in the booth where he was eating lunch.”

Dopson and others made their way through the restaurant and found the three deceased in the gaming room: Taylor Robertson, 27, of Ballard, West Virginia; Eli Clayton, 22, of Woodland Hills, California; and the shooter, later identified as David Katz, 24, of Baltimore.

Another 11 were wounded, among them all but one who made it out on his own. Near the dead bodies, they found a man still alive, severely wounded but conscious.

“He told us what was going on, about the situation, where his wounds were,” Dopson said.

Capt. Jeremy Cook, 41, said the victims were in shock. “They were very scared. A number of them really felt like they were going to die. And what you have to do is motivate them to keep on fighting and just talk them through it, let them know they’re in good hands,” he said.

Authorities later said Katz killed himself at the scene. Police declined to speculate on a motive; some witnesses told media outlets Katz was upset about losing a game.

On Monday, as FBI agents and Jacksonville sheriffs pressed their investigation, the quest for answers also went on and survivors struggled to regroup.

For a young teacher, the tragic sound of gunfire triggered an automatic response.

Dalton Kent, 22, said he was in the room Sunday playing along with 30 gamers and about 30 spectators when the chaos erupted. Kent dived under a table when the shots echoed. He said there was panic – but he knew what to do.

“I teach at Treasure Coast High School and just last week we had our Code Red drill where we’re kind of talking about the same situation with a gunman in school,” said Kent, who was recovering after being shot in the shin.