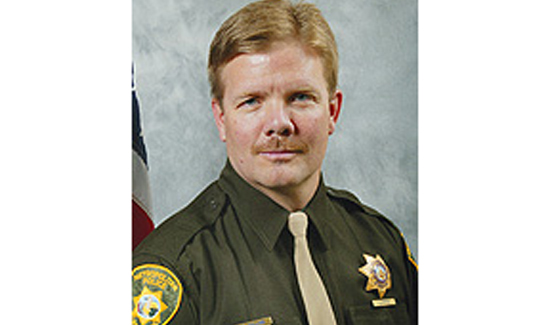 It’s no secret that the leaders of police unions and associations spend lots of our time down at IAB acting as a representative for our members. In most cases, what was thought to be a very simple event turns into several interviews. This can be a waste of time for IAB, the association and most importantly, you and your squad mates. But it is a fact of life for those of us in this profession.

The detectives and supervisors at IAB have told me on several occasions that they would have been able to close a case out or to have handled it with just one or two short interviews if there would have been a little information from the officer at the time they received the complaint.

One thing to consider – if you believe a citizen is going to make a complaint against you, consider asking your sergeant to come by the call and speak to the citizen. If the sergeant is too busy, at least let him or her know what happened, and perhaps they can contact the citizen later. Often a little attention on the front end can alleviate a big headache on the back end.

Many times, citizens just don’t understand why an officer took the action he did. More often than you would believe, a bit of an explanation makes the citizen happy, and ultimately, there is no complaint filed. If a potential complaint is not resolved in this fashion, for whatever reason, and it ends up in IA, there are two ways you can provide IA the information they need that will make the whole process simpler and shorter.

First, you can update CAD. Most of us working patrol work with the MDT every day. If you have handled a call that you think might generate a complaint, often some detailed notes in CAD that explain what happened and why you did what you did can assist IA or anyone looking at the allegation to understand what occurred and why, and may even help them avoid some unnecessary interviews.

The second, and perhaps the best, way to document any event is with an officer’s report. I bet many of you are wondering, “A what?”

The officer’s report, as best I can tell, has become a lost art. Now, I know I am going back almost 30 years to when I was in field training, but back then, every training officer I had told me that anytime you think your side of the story could be important to reduce it to writing in an officer’s report at the end of the shift.

I worked patrol for six years and do not believe I ever ended a shift for which  I did not dictate at least one officer’s report. I know this helps resolve an allegation on the front end, because once or twice in my career, I did get a phone call from IA asking me if my officer’s report contained all the information about a certain event.

When I advised them that it did, I was usually told that this took care of the matter or that they then only needed to do a short interview to answer a couple of additional questions. My experience was that in those situations, the IA interview was always very short, and most of the time, my squad mates did not have to be interviewed at all.

When a complaint comes into IA, the detective assigned to the case will check CAD for any information and look to see if an officer’s report was done. If either was done, it may provide enough information to close the case out altogether, which will make your busy life a little easier and certainly less stressful.

Chris Collins is the executive director of the Las Vegas Police Protective Association.