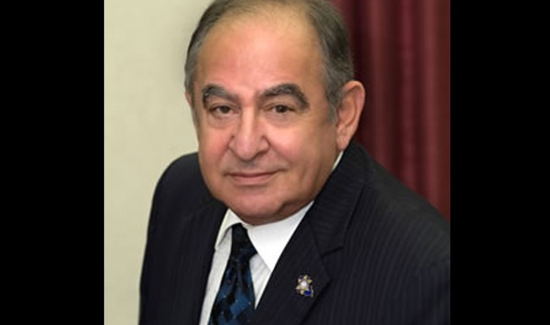 Citing recent police killings in Dallas and Baton Rouge, Iberia Parish Sheriff Louis Ackal is asking a federal judge to let him carry a firearm, a privilege he lost last month after his profane comments about a prosecutor were characterized as threats.

In a court document filed this week, an attorney for the sheriff also claimed there was a threat made recently against a deputy. Though the threat against the deputy was not carried out, “the atmosphere in this country, especially in south Louisiana, makes this a very realistic possibility,” attorney John McLindon wrote.

Police across the country are on heightened alert after officers in Dallas and Baton Rouge were targeted and killed by lone gunmen.

Ackal said in the motion and in a phone interview that he continues to be Iberia Parish’s sheriff even though he no longer is able to holster a weapon or have guns in his home.

“In view of what’s happening across the country, … I think it’s wrong that I, as a police officer, am told that I can’t carry a gun even though I’ve not been convicted of anything,” Ackal said.

Iberia Parish Sheriff Louis Ackal poses no threat of violence and was in a “fit of anger” when he referred to a federal prosecutor as a “Jew bastard” and made comments about shooting him between his “Jewish eyes,” the sheriff’s defense attorney said in court documents filed recently.