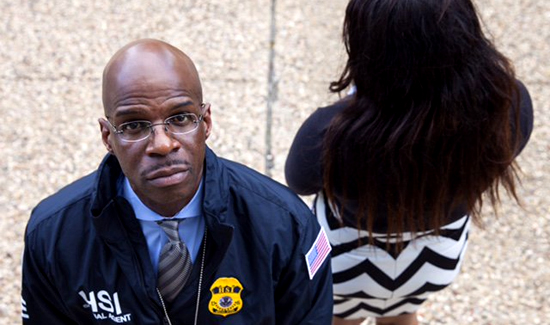 Don’t worry- it’s not what you think. This isn’t about ICE racially profiling suspected undocumented immigrants. This is about charges of racial profiling leveled against local law enforcement by a black, female ICE employee.

From FOX News: “The agent claims to have been stopped three times – twice by the same deputy – with no probable cause. She was first stopped in April on suspicion of driving a stolen car, despite using a rental vehicle provided by her agency, the lawsuit said.” “Our client is an accomplished federal agent who was targeted for driving while black,” said ACLU of New Mexico attorney Kristin Greer Love. “BCSO unlawfully and repeatedly stopped her because she fit a racial profile. Targeting people because of the color of their skin is unconstitutional and bad policing.”

And it’s not like Sheriff Manuel Gonzales doesn’t have enough on his plate already. He’s already on the hot seat after his agency has had nine shootings in four months. In addition, he’s trying to keep the county from buying body cameras because video evidence “gives a lopsided, one-sided story, which I think is a disservice to the whole community,” the sheriff says.