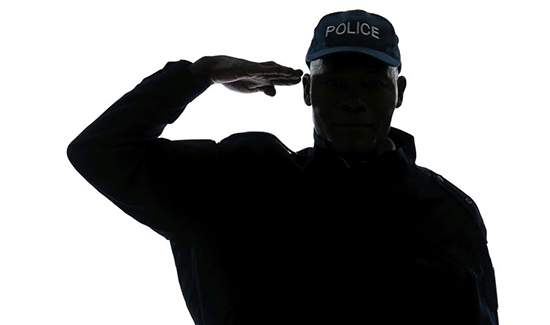 Thinking about an unexpected, life-changing event can be unsettling. But death or illness can happen at any time, especially when you’re in law enforcement. Unfortunately, most of us do not make the plans we should and younger people sometimes go years before they plan.

So what does it take to get people to sit down and write out their wishes on finances, health care and possessions, plus any emotional messages to loved ones? A lot, advisers said, but persistent nudging does work. Many feel this is an important job for the police association – encouraging your members to make end of life plans by giving them the information to do it. If your organization helps its members locate and use these types of resources, please let us know so we can spread the word.

Paul Sullivan who writes on personal finances for The New York Times gives the following tips for people who want to get started on making their list in his October 6 article “How to Plan for the Unforeseen.”

Term Life Insurance
Make sure your insurance policy has enough coverage to care for your family if you die unexpectedly. Parents are advised to buy relatively inexpensive term life insurance to provide money to care for their children, just in case.

Disability Insurance
Another option is disability insurance, which is intended for healthy working-age people, who are more likely to become disabled than die.
Disability insurance is more expensive than life insurance, but these two planning solutions require comparatively little effort. Most people understand they should have both forms of insurance, though not everyone does that.

Other Issues
The planning becomes more complex with the so-called softer issues – the questions to which there are multiple and even conflicting answers. Who should be contacted if something goes wrong? How do I want my personal possessions divided? What are my thoughts about going into a nursing home? Do I want to be resuscitated if I go into cardiac arrest? Any thoughts on a funeral? And the importance of having a will so your family can avoid probate court.

Web-Based Services: Everplans
There are plenty of web-based services to help. One of those is Everplans. It guides users through a list of things to consider including wills, insurance, a health care directive, passwords for email and social media accounts, and funeral planning. But it also has sections for storing keepsakes like family recipes or for leaving instructions about pet care or how things work in the home.

Final Roadmap is another useful site. It was born out of a nurse’s frustration with families being unprepared for the decisions and logistical considerations that happen at the end of life.

Wealthier people tend to rely on advisers who are privy to a raft of information to help them, especially when it comes to tax planning, which could become more urgent if President Trump’s proposal to repeal the estate and other transfer taxes is passed. Adam von Poblitz, head of Citi Private Bank’s North American trust division, said the repeal of a tax that took 40 percent of a couple’s assets above the current $11 million exemption would increase the need for creating a trust because more money would pass to heirs.

Plans can have limits, though. Barry Sinrod, who retired early as a market researcher and went on to write several best-selling books, said he and his wife, Shelly, had thought they planned well in case one of them became incapacitated. They even had a provision for assisted suicide.

His wife learned in 2003 that she had Parkinson’s disease but managed well until she learned that she had dementia. By 2010, he said, she did not know him or their children. He looked for someone to assist his wife in dying but found there was no one who would do it, because by that point, she was not competent to appear before a judge.

When he met his second wife, whom he married in January, he brought up his desire to die with dignity, he said.

“Now, I have this document that says my second wife will take me to the Netherlands to die if my kids won’t take me,” Mr. Sinrod said. “My kids don’t like the idea of this, but they understand.”

And they do because he has been so explicit in planning his wishes.