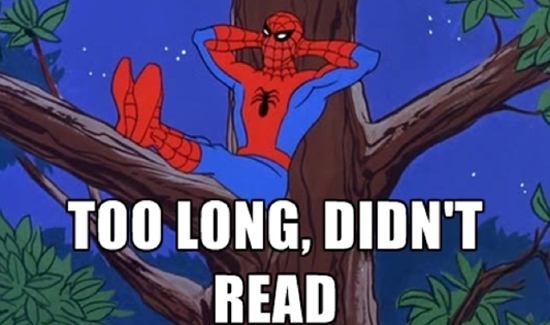 Here’s the thing about a lot of “police pages” on social media- there are very few actual cops visiting those sites and leaving comments.

A lot of these police pages are populated by self-described police supporters. These would be folks like reserve officers and civilian volunteers, police wives and security guards that wanted to be LE but couldn’t get past the tests or the background checks. There’s no way I’m getting hired as a cop. Doesn’t mean I can’t pretend to be one. Thank God for the internet!

In Detroit yesterday, a young officer was tragically killed after a car accident during a training exercise.

But if you go to a lot of these so-called police websites, most of the comments are talking about sanctuary cities and how the illegal immigrant that killed the officer should face the death penalty.

“Twenty five years old and working at being a productive citizen and a low life takes his life. I’m so sorry OFFICER Be with GOD.”

Here’s the problem. There’s plenty to be sad, mad, upset and furious about these days.

But when people use the death of an officer to grandstand and call attention to themselves and their issues and boogey men (especially when they were too lazy or thoughtless to even read the story of the cop who died) that’s the dark side of the whole “thoughts and prayers” thing.

People that genuinely want to express sympathy, empathy and support for fallen officers and their families usually take the time to read the first paragraph.

The rest are using a young cop’s tragic demise simply as a way to call attention to themselves.

To be honest, some of us think it’s wildly selfish, ignorant and disrespectful.

And here’s a word to the wise young real-deal certified peace officers out there. One of the big dangers in this line of work is something you’re probably not going to hear about at the academy.

Many police officers talk about getting trapped in the “cop bubble.” That’s when all your friends are cops, all you do is talk shop, and there are no outsiders- ever.

Now imagine getting trapped in that bubble online with so-called social media as well. Except now you’re not surrounded by other professionals. You’re surrounded by idiots who say crap like “Show me the law where it says cops can’t shoot first and ask questions later!”

There’s a saying that goes something like “Too much of one thing is good for nothing.”

That’s definitely the case if all you do is talk police stuff and the only people you socialize with are other cops. You’ll wind up asking yourself super-obvious questions like “why don’t these civilian morons get it?”

Throw a bunch of wanna-be’s and oaf-keepers into the mix and you’ve got a recipe for “Rage Stew.”

So for the sake of mental health and officer safety, at leasst try and be careful about how much of this low-information nonsense you consume. A bad diet for the soul is worse than eating McDonald’s and KFC everyday. (No offense to the current admin.)