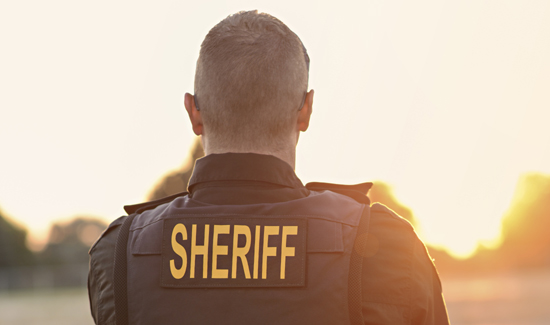 When states started decriminalizing marijuana for medical or recreational use, law enforcement officials were still able to target individuals for arrest and prosecution by relying on federal law instead of state laws.

The same thing happens at the county and state level.

In Florida, county commissioners and taxpayers think people should be given a civil fine if they’re caught with a small amount of marijuana.

They passed an ordinance to make it official. But the sheriff isn’t going along.

Palm Beach County commissioners approved an ordinance that called for a $100 fine or 10 hours of community service for possession of 20 grams or less of marijuana.

That was back in December of last year and at the time the Palm Beach County Sheriff’s Office said it would continue to follow state law until it “reviewed the new ordinance.”

The review determined that the sheriffs office would not be abiding by the city ordinance.

“The Palm Beach County Sheriff will continue to enforce state law and will not be utilizing the citation option,” Deputy County Administrator Jon Van Arnam wrote to the commissioners.

Asked about the sheriff’s stand, County Commissioner Priscilla Taylor said that she respected the sheriff’s right to his opinion.

“But his budget comes to us,” she warned.

He told WPEC-TV 12, “Our goal is not to make it easier for people to possess marijuana. We want to have a system so that if they have a drug problem, to get it off of them. A civil citation doesn’t help that.”