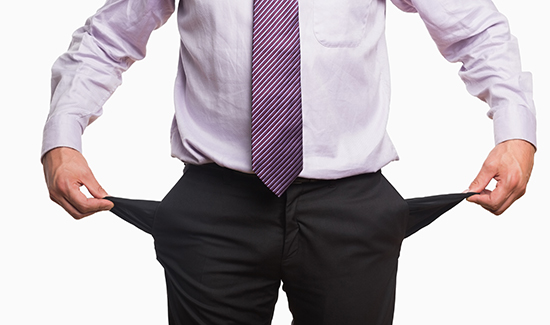 We live in a country where a lot of people don’t pay their fair share.

More often than not people assume that the free-loaders are the working poor, the unemployed, and undocumented immigrants.

But what about the NFL, General Electric, and other corporations that not only pay no federal income tax but actually receive rebates on zero taxes paid?

The truth is that for any government to run properly, it needs funding to provide services like police, roads, and schools.

But for rich people and corporations, the idea that they should have to ante up like the rest of us is simply unacceptable.

Consider Illinois Governor Bruce Rauner. Like a lot of billionaires, Rauner doesn’t see the need for things like schools, roads, or cops.

Rauner’s currently in a stalemate with the state legislature over budget issues.

That has literally paralyzed police training across Illinois.

Not to worry, though—it’s not like a lot of smart people and smart cops have been talking about the need for better and more comprehensive training for new hires, right?

This is where the rubber meets the road, folks.

Cook County Sheriff Tom Dart said he’s had to cut a program that trained officers in how to identify, approach, and work with people suffering from mental illness.

If you read American Police Beat, you might understand just what a disaster the cancelled training is and how important it is to police officers, agencies, and the communities they serve and potect.

For many years, the progressive Democrat controlled legislature and governor have spent money like there is an unlimited supply. Well, now the bill has come due … sort of like a miniature version of Greece. It’s simple: no one can get away with eternally spending more than they earn. That goes for government, too. I am a former elected official. Shortly after taking office, one of my fellow officials remarked, “It’s SO easy to spend other peoples’ money.” How true. The voters in Illinois have finally realized what a mess they have on their hands. The fix won’t be easy, but the day of reckoning is at hand. I feel badly for our Illinois brothers because the freeloaders will probably be given preferential treatment. So sad. But, it could have been avoided.