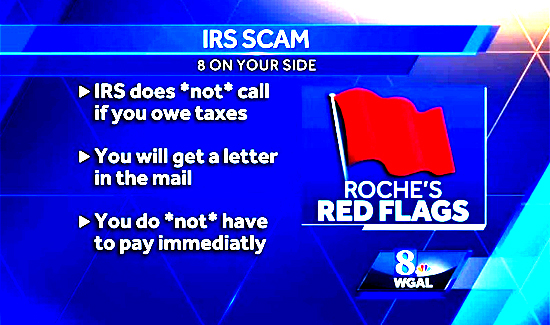 Taxpayers across the country breathed a sigh of relief after the arrest of Sagar Thakkar, a 24-year-old Indian man accused of running those Internal Revenue Service (IRS) phone scams. Indian police arrested Thakkar earlier this month, claiming he was the mastermind behind the scam where callers posed as IRS agents to collect bogus tax debts. According to the local police, the lack of response from American law enforcement authorities familiar with the investigation has been deafening.

The call centers at the center of the scam investigation were headquartered in Thane, a suburb outside of Mumbai, India. In an interview with Forbes India, Thane Police Commissioner Param Bir Singh discussed Thakkar’s role in the scam, suggesting that he was more of a “greedy youngster than a hardened criminal.” Thakkar, known as “Shaggy,” was said to be making more than 10 million rupees ($155,000) a day, or over a million dollars per week, at the scam’s peak.

When police Indian police finally zeroed in on the call centers, Thakkar fled to Dubai. At the time, police arrested 70 call center workers for their alleged roles in tax-related scams and detained hundreds more.

Using personally identifiable information obtained from a number sources, including social media, scammers had impersonated agents from the IRS or US Citizenship and Immigration Services (USCIS). Calls to the United States were typically made using VoIP (voice over internet protocol) technology which allowed the scammers to “spoof” the phone numbers, making it appear that the calls were coming from the IRS or other government agency. As part of the scam, taxpayers were told to pay bogus tax bills immediately or face arrest, deportation, or other legal action.

The scam was wildly successful. At one point, the U.S. Treasury Inspector General for Tax Administration (TIGTA) referred to the scam as “the largest scam of its kind that we have ever seen” – and that was in 2014. By the end of 2016, the Better Business Bureau advised that the IRS phone scam was the most popular scam of 2016, accounting for 1 in 4 reported scams. And of course, the scam continued to top the IRS list of “Dirty Dozen” scams affecting US taxpayers.

But that appears to be where interest in the case stops. Despite a series of high-profile announcements from American authorities vowing more action and arrests against the scammers, Indian authorities say that American authorities have largely gone silent. Singh says that the clean-up efforts in India have resulted in less fraud in the country, claiming “after our crackdown there has been awareness and the authorities have become serious about investigating such activities.”

That isn’t the case, he alleges, when it comes to interest in the United States. Singh said there was “not much” collaboration with American officials, noting that “[w]e had a visit from one FBI agent based out of Delhi some time ago” but that there had been no follow-up. Additionally, Singh says that “[p]eople from the IRS were expected to visit us and there were some people from Hong Kong who were to get in touch with us. Nothing has happened.”

That’s correct. It is incredibly easy to find the people doing this but there is little interest from Federal law enforcement and no interest from local police. It is all “consumer education,” but no actual police work.

Indian police have conducted over sixty raids of criminal call centers in the past six months–but they have to drop the charges because they get no support identifying US victims.