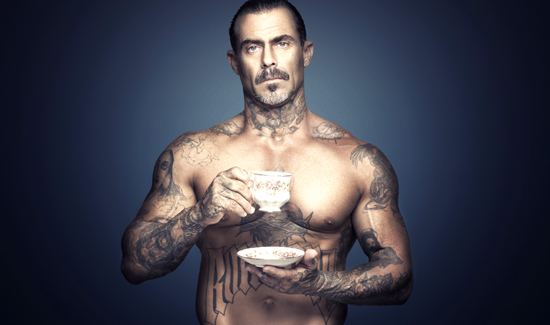 Are you a cop in Chicago who is sick of getting nasty heat rashes during the warm weather because the job made you cover up all your ink?

Rejoice, tattooed Chicago police officers, you are free at last—for the time being, anyway.

According to the Chicago Sun Times, recently fired Chicago Police Supt. Garry McCarthy violated the police contract when he “unilaterally” required rank-and-file police officers to cover up their tattoos.

That’s the ruling from an independent arbitrator.

A federal judge ruled recently that the “no visible tattoo” edict does not violate the officers’ First Amendment rights.

But arbitrator Jacalyn Zimmerman got that ruling nullified.

“The employer violated the agreement when it unilaterally implemented the revisions . . . effective June 12, 2015, banning the display of visible tattoos,” Zimmerman wrote.

The local Fraternal Order of Police, which represents Chicago officers, was ecstatic. They trumpeted the arbitrator’s ruling with the headline, “TATTOO ARBITRATION WIN!” on their website.

“Although this issue was never discussed . . . during our contract negotiation process, all of a sudden the city decided to drastically change the long-standing uniform policy. All attempts to address options fell on deaf ears,” the posting states.

“The Lodge saw this as a unilateral change to working conditions and we were not going to stand by and allow the Department to arbitrarily harm the affected members.”

So, as long as the tats in question aren’t too over the top, Chicago officers, for the time being, can display their body art with pride and without fear of retribution.