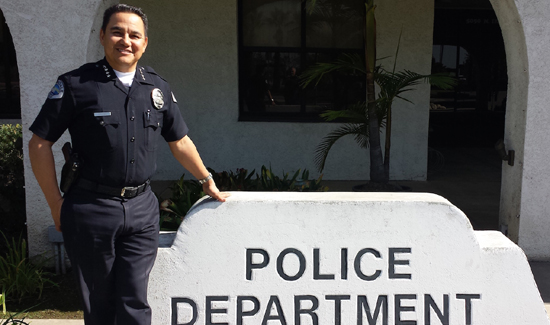 When When Anthony Miranda was sworn in as police chief of Irwindale, California, four years ago, the department in this small gravel-mining city about 20 miles from downtown Los Angeles was in the midst of a downward spiral. Three officers had recently been accused of serious crimes. One had embezzled $250,000 of his 89-year-old father’s life savings, another had sexually assaulted a woman delivering newspapers on a side street at dawn, and the third had molested minors under his supervision in an “explorer scout” program. There were 14 internal investigations underway.

The problems with the police force were not just troubling—they were existential. In August 2013, the city’s insurer, the California Joint Powers Insurance Authority, had threatened to revoke Irwindale’s liability insurance unless City Hall and the police department took substantive steps to tackle internal corruption, the likes of which had led to nearly $2 million in settlements paid out over a five-year period.

Loss of insurance would have been the death knell for the local police force: In recent years, cities in Illinois, Pennsylvania, Ohio, Tennessee, Louisiana, and elsewhere in California have had to disband their police departments after losing coverage. A big claim—like the $2.75 million settlement later awarded to the victim in the “explorer scout” case—could bankrupt a municipality with a small budget and tax base, like Irwindale. The city has only 1,400 people.

“I told them if we didn’t get our house in order, we would lose it,” Miranda told me. He had watched in 2010 as police officers in nearby Maywood turned in their badges and radios in a small ceremony after that city’s liability coverage was withdrawn by CJPIA, due in part to the excessive number of claims against the police. “It was pretty sobering,” he said. Yet the company’s threat, and the “performance improvement plan” it required officials to follow, finally set Irwindale on a path toward overhauling its dysfunctional department.

While much attention has been paid to the issue of police misconduct —with 14 cities pursuing consent decrees with the Department of Justice—what is less well known is how liability insurers can put a private-sector spin on reform, by demanding structural changes in the police departments that they cover.