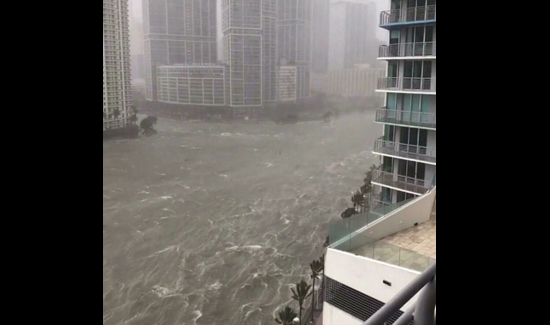 “We were hunkered down at home until the most dangerous bands of Irma passed by. There is still a curfew, and while we don’t know the extent of the losses, many of our members have suffered catastrophic losses. Some looting is occurring in certain areas. Law enforcement people from Monroe County (the Keys) will start to make their way down today or when authorities determine it is safe to do so.

“Palm Beach County lost 911 service, so calls were transferred to Broward County. At this time, I have not been able to make contact with some of our Chapter/Charter Presidents. We are preparing for a lot of heartache and hard work, but this too shall pass.

“I have been in touch with law enforcement people in the Keys. They have a group in the North Keys and a group in the South. Pine Keys to Marathon took the main hit. Wifi is in and out. Officers and first responders will now be out checking for survivors and the people who died.

“We just learned that the 7 mile bridge our to the Keys buckled. We are now waiting for the Army Corps of Engineers. The road is gone at the 34 mile marker.

“This morning I was finally able to get outside of my own home. It’s still raining but the winds have subsidized. My own house fared well. We had downed trees and limbs and we are still working to get generator power. Headed out now to check on the neighbors. After that, it’s on to helping our Dade County PBA members.”