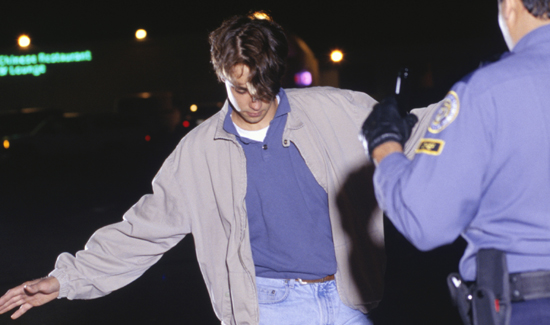 When it comes to making crap excuses, it’s hard to know who’s the best at it. Is it the fourth graders that allege K-9 digestion of homework assignments or people that get busted for drunk driving?

In Mississippi, State Senate President Pro Tem Terry Burton says he does not have a drinking problem. He says it’s the breath spray that got cops confused.

Terry was recently arrested for his second DUI offense in as many years.

In the last incident after partying a little too hard at a concert, Burton ran his truck off the road after hitting a stop sign.

At the station, the Breathalyzer showed he was wasted.

And here’s why it’s never a good idea to try and get creative when you’re wasted on any drug, especially alcohol.

Burton told police he had indeed been drinking earlier that morning. But he says he stopped drinking by the afternoon.

File the rest of this guy’s tall tale under “excuses that are guaranteed to fail.”

“I had a coughing spell after all the powder and dust blew from the air bags deploying,” Burton explained.

“I took some cough syrup… It was NyQuil, that was all I had in my bag, had nothing else in the vehicle to drink… I used breath spray because my mouth felt like cotton.”

Dollars to donuts someone without any influence or political power would be laughed out of the courtroom and held responsible for their actions.

But Justice Court Judge Wilbur McCurdy ruled that the NyQuil and breath spray caused a false positive on the Breathalyzer.

It’s nice to have friends in high places who can make charges vanish at will simply by nodding or making a phone call.