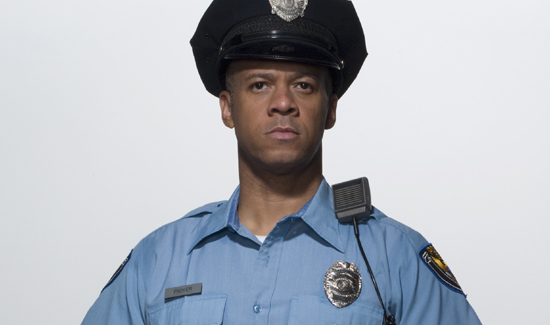 Via The Wall Street Journal:

Attention surrounding police shootings of black men have increased officers’ reluctance to use force and stop suspicious people, while heightening tensions between black people and police, according to a broad survey of police officers released Wednesday.

The study of nearly 8,000 officers across the country, conducted by Pew Research Center and the National Police Research Platform between May and August, also shows a deep gulf between the attitudes of police and the general public over racial equality and officer-involved shootings.

“These incidents, the protests that followed and the national debate have clearly had consequences in the way that police officers view their jobs and conduct their jobs on the streets,” said Rich Morin, a senior editor at Pew Research.

The results of the survey didn’t surprise law-enforcement officials—but there are differing views on changes in police behavior when it comes to enforcement.

In the survey, 76% of officers said they are now more reluctant to use force even when they believe it is appropriate, and 72% said they are less willing to stop and question people who seem suspicious.

This police pullback has been described by some analysts and police officials as the “the Ferguson effect”—a reference to the St. Louis, Mo., suburb where a white police officer killed Michael Brown, an unarmed black 18-year-old, in 2014, sparking widespread protests.

The theory holds that scrutiny of police post-Ferguson have led to crime increases in some cities such as Chicago and Baltimore because officers are shying away from confrontation, which emboldens criminals.
Related

William Johnson, executive director of the National Association of Police Organizations, which represents about 240,000 law-enforcement officers, said the Pew results show the Ferguson effect is more than just anecdotal.

“I think it should be a cause of concern for the public if officers don’t feel that the political leadership is going to back them up, they’re not going to enforce the law,” he said.

But the Ferguson effect theory isn’t backed up in other cities such as New York, where crime has dropped, even as police have pulled back on aggressive stop-and-frisk tactics.

“If there is some scrutiny going on, if there is some extra consideration before an officer takes action then I am in favor of that,” said Mr. Burbank, who is now at the Center for Policing Equity, a law enforcement think tank. “It pulls us back from that line and ultimately makes use of force more reasonable, makes us more articulate about what we are doing, and makes our decisions more deliberate.”

Folks, really? Aren’t 98% of the deceased black cop killings just day-in, day-out criminals who resist arrest, and with violence. That’s been the case in nearly every cop shooting death ive seen. I don’t claim to be a Know it All, I just reports the facts from my prior beats and districts.

And, truly, aren’t those cops justified, under all State’s laws, to use lethal force in that very second? And very explicitly? Why?, they ask. Answer: Because the law is supreme in our neck of the woods. I think the definitely uneducated (so-called scholars and those rioters in Ferguson) all operate without this basic knowledge locked in their brains as do we. They don’t even want to talk or hear facts when they’ve been “Whooped into a frenzy” by people like POTUS 44. Under the law as found in all states concludes, don’t we fire downrange only as a last resort (from day 1 in the Academies)? And, don’t/didn’t we do that when necessary to secure a) arrest (community safety” I used to love that applause, and/or pulling folks apart who didn’t agree with humanity, in general. And, b) aren’t we entitled under those very same laws, at the instant of firing, to our personal continued breathing in a vertical and/or horizontal position, and going home to dinner and the fam like any other hard-working American?

You sound like part of the problem. Not sure where you get your figure of 98%. My guess is that it just came off the top of your head. If you have any concrete evidence people might be more inclined to believe you but you offer none. The same would apply for your POTUS 44 “Whooped into a frenzy” comment….please provide something in the form of actual evidence to support this claim. The general problem for me with your comment is that it is apparent that you are/were a police office and as an officer of the law you should/would be familiar with the concept of “innocent until PROVEN guilty” yet in your comments you offer NO supporting evidence for your claims. You offer only a statement that in some cases could be construed or misconstrued as bias bordering on racism. You refer to the killing of people as ” …. just day-in, day out” events. That strikes me as a rather callous attitude and would help to explain why so many people are being shot and killed, regardless of their skin color. If other police officers think like this (and I am not saying they do) then citizens are at risk giving people with your mind set, guns. “Your Shoot First – Ask Questions Later” sounds like a perso who has watched too many Clint Eastwood movies and has walked away actually believing them. I feel very sad when I read your thoughtless comment. Not mad…..just sad.