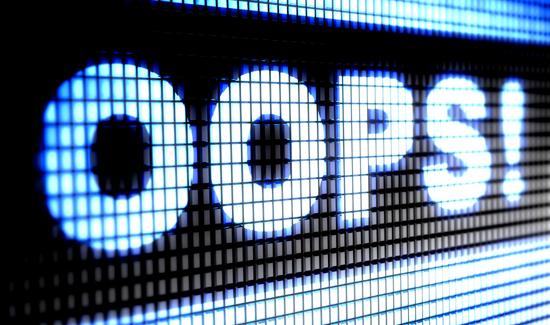 FBI Director James Comey recently gave a speech at the United States Holocaust Museum in which he described the struggle he’s had reconciling the Holocaust with his religious faith.

“I believe that the Holocaust is the most significant event in human history,” Comey’s speech began.

“I was born into an Irish Catholic family in this great, wonderful and safe country, but the Holocaust has always haunted me, and it has long stood as a stumbling block to faith. How could such a thing be? How is that consistent with the concept of a loving God? How is that in any way reconcilable with the notion of a God with a role in human history?”

Then Comey walked into a PR disaster.

“The Holocaust was, as I said, the most horrific display in world history of inhumanity. But it was also the most horrific display in world history of our humanity, of our capacity for evil and for moral surrender.” In their minds, the murderers and accomplices of Germany, and Poland, and Hungary, and so many, many other places didn’t do something evil. They convinced themselves it was the right thing to do, the thing they had to do. That’s what people do. And that should truly frighten us.”

Comey went on to say that this is the reason he makes sure all FBI agents visit the Holocaust Museum.

The remarks didn’t go over too well in Poland, a country that was invaded and occupied brutally by the Nazis.

Many law enforcement agencies, including the FBI, send new hires to the Holocaust Museum to give them a sense of what can happen when minorities are demonized and the powers of the state are abused for nefarious purposes.

But it’s important to get the history right and be careful with the wording. According to Time magazine:

“The U.S. ambassador to Poland Stephen Mull has apologized for remarks made by FBI Director James Comey, who penned a Washington Post op-ed piece in which he accused Poland of being a collaborator in the Holocaust. Mull, who had been summoned by Polish authorities, conceded that Comey’s remarks were ‘wrong, harmful and offensive.'”

“To those who are incapable of presenting the historic truth in an honest way, I want to say that Poland was not a perpetrator but a victim of World War Two,” Kopacz said.

“I would expect full historical knowledge from officials who speak on the matter.”

Others were less charitable. Tomasz Nalecz, an aide to President Bronislaw Komorowski, in a debate on TVN24 called Comey a “blockhead,” but added that the “stupidity of one official does not erase the friendship between Poland and the U.S.”

So, the takeaway here is simple: When speaking about the Holocaust, it’s a good idea to choose your words with extreme caution and learn the details of who was on what side.