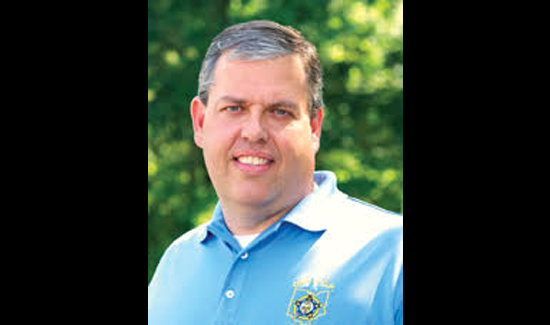 Many people spent the final days of 2016 expressing dismay at the deaths of several high-profile celebrities who surely deserved some recognition.

But I spent those same days horrified by a year of horrific violence against police officers and am praying 2017 will bring calm to our great nation.

During 2016, 135 American police officers died in the line of duty, including Danville Officer Thomas W. Cottrell, Jr., who was shot and left for dead in the normally quiet village in Ohio on January 17, 2016.

Cottrell was one of 21 ambush officer deaths in 2016, a 163 percent increase, according to the National Law Enforcement Officers Memorial Fund, with the attack that killed five Dallas officers being the worst during a very challenging year.

Just recently, Orlando P.D. Sgt. Debra Clayton was shot multiple times and killed outside a Wal-Mart store the second she confronted a man accused of killing his pregnant ex-girlfriend. A short time later, Orange County Sheriff’s Deputy Norman Lewis died in a traffic crash while responding to the scene to help.

They are the second and third officer deaths of this young year.

We all understand why criminals don’t like police when they get caught breaking the law. Some will run to avoid jail. Others might fight back. Or just pull a gun.

Officers understand the inherent risk of handling these potentially life-threatening situations from burglaries to domestic violence or active shooters.

They’re trained professionals who bravely serve to keep our neighborhoods and communities safe.

They never deserve to be targeted or assassinated.

Even if you concede the conduct of a microscopic number of officers creates legitimate concerns in some places, I’ll never understand how anyone sees killing innocent people as a solution to a perceived injustice.

These ambushes are really attacks on the core of our civilized society and risk making our communities less safe, especially if officers start hesitating for even a second when confronted with a dangerous suspect such as the attacker at the Ohio State University on Nov. 28.

The quick decision made by OSU Officer Alan Horujko to shoot the knife-wielding attacker saved an unknown number of lives that morning.

As students and faculty fled the area, teams of officers ran to danger, not knowing if they might find more attackers.

That’s the essence of police work and it happens every day in communities across Ohio.

Law enforcement enjoys tremendous support from many in our Ohio communities, and speaking on behalf of officers everywhere, I can’t tell you how much that means to everyone who wears a badge.

We like to tell people to report suspicious activity when they see it. If they hear someone threaten anyone, report it. And if they see a police officer at work, give them room to do their job professionally and, if it’s safe, offer a simple thank you.

Most people have no idea how much that thank you will mean to that officer.