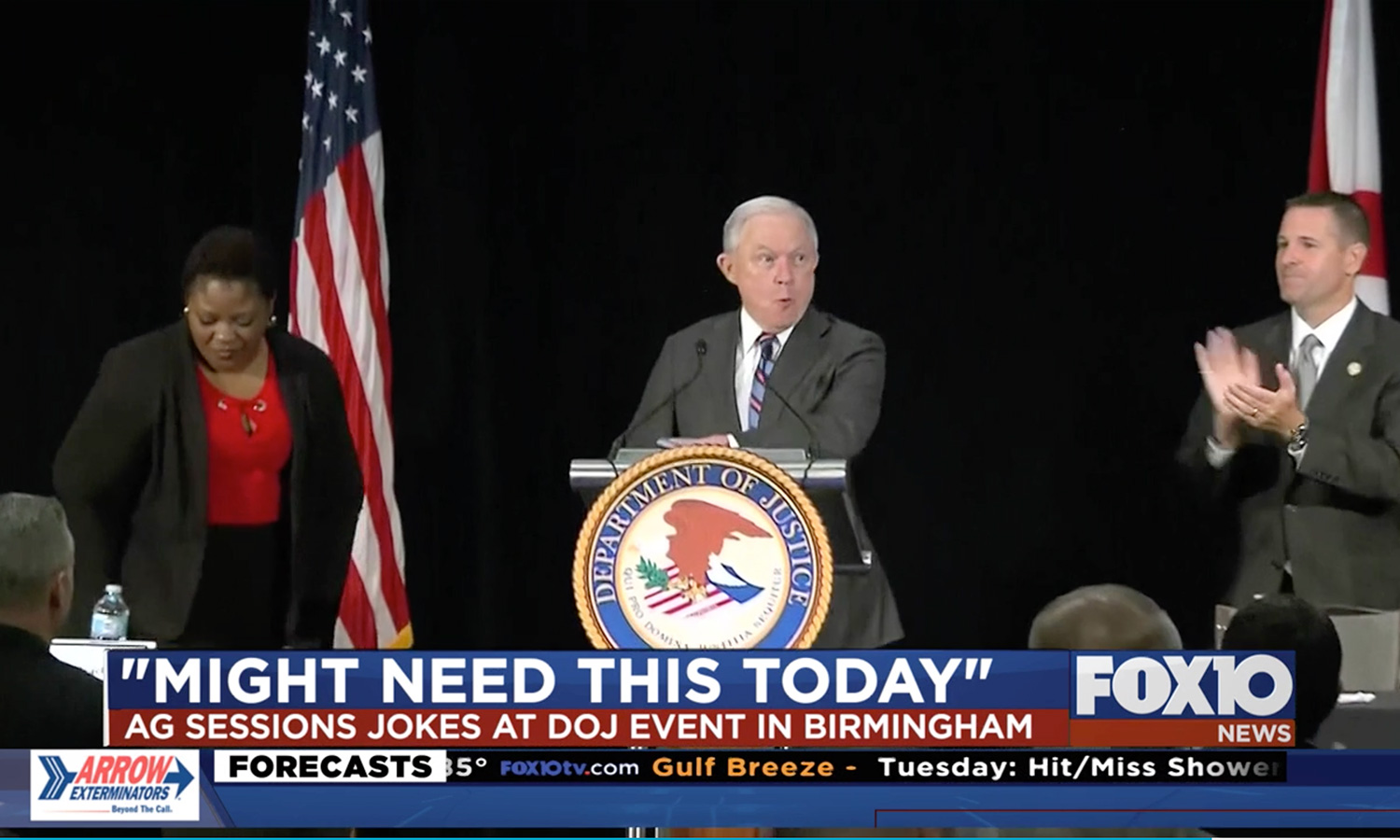 U.S. Attorney General Jeff Sessions told a gathering of law enforcement officials that “we have your back” and praised tough on crime policies he said can lower violence rates.

The former Alabama senator spent the weekend in his home state. He did not mention Trump’s criticism of him or the controversy surrounding Deputy Attorney General Rod Rosenstein.

Sessions joked he appreciated the warm welcome Monday saying, “I may need this today. Going back to Washington you never know what is going to happen.”