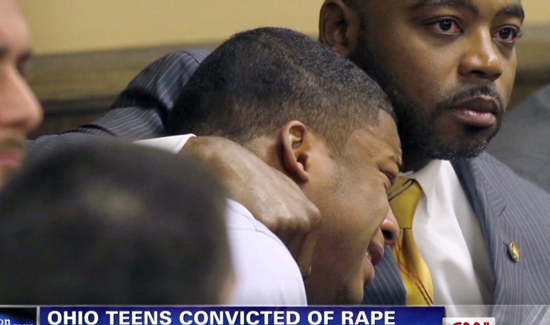 STEUBENVILLE — Jefferson County Common Pleas Judge Joseph Bruzzese and city resident Nathaniel Richmond exchanged gunfire on the streets of downtown Steubenville early this morning in a incident that left the judge in surgery and Richmond dead.

Jefferson County officials this afternoon named Richmond as the man who allegedly attempted to ambush Bruzzese as he got out of his car this morning and headed into work. He is the father of Ma’lik Richmond, the former Steubenville High School student convicted in the 2012 rape of a teenage girl.

Sheriff Fred Abdalla said authorities are still trying to establish a motive. Bruzzese did not handle any of the legal proceedings against Ma’lik Richmond.

Richmond exchanged gunfire with Bruzzese near the Court Street entrance to the courthouse, Abdalla said, and was shot and killed by a common pleas court probation officer who was walking in Dollar Alley between buildings from Fourth Street to Court Street when the shooter turned on him.

“Whoever thought this could happen here,” Abdalla said. He noted local authorities are familiar with the suspect.

He said the shooter and Bruzzese appeared to have exchanged about five shots each, according to courthouse video.

He said officers are checking court records to see what involvement the suspect had with Bruzzese.

Abdalla said he is aware of threats being made in retaliation for killing of the shooting suspect.

“Police in the region have been notified,” he said. “I hope nothing like that happens. If it does, we are prepared to handle it.”

UPMC’s media relations department said despite calls from area reporters, it cannot comment because it is blocked from information because the situation involves a violent crime.

A man who was in the car with the shooter was grazed by a bullet and was taken to Trinity Medical Center West. He told law enforcement interviewers he had been unaware of what was happening. Abdalla said that man and the shooting suspect had been drinking last night when the suspect said he had to be in court early today.

Abdalla became emotional and said, “The judge was shot in front of the courthouse and it effects me. It is an attempted murder on a judge.”

Later today, he said, “Every judge should be armed today in America. Prosecutors need to be armed. It was a cold-blooded attempted murder on a judge.”

Abdalla noted Bruzzese is an avid sportsman and hunter, which helped fight off the attack.

“If any judge could do it, it is him,” he commented. “There are so many nuts running around seeking retaliation.”

Abdalla said, the quick action of the probation officer made the difference.

“If the probation officer was not there, the shooter would have kept shooting until the judge was dead,” Abdalla said.