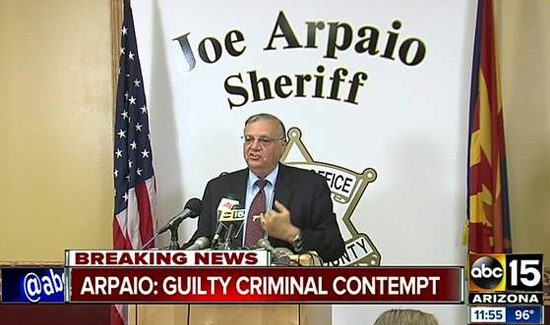 The famous, or infamous former sheriff of Maricopa County in Arizona Joe Arpaio is not letting old age slow him down one bit.

It takes a lot of energy and money to stage a congressional election campaign and it looks like the guy who called himself the toughest sheriff hasn’t slowed down at all since his conviction.

But it’s not just energy and cash you need to make it to Congress, you also need rallies and supporters.

But the plan to have Arpaio speak at a rally in Spokane, Washington fell apart in no time flat.

The event was cancelled just 24-hours later after a rather large number of phone calls and emails.

The nonprofit organization Gr8ter Veterans had organized the event.

Now the group says it’s cancelled the thing and wants nothing to do with Sheriff Joe. “We have decided that Sheriff Joe does not best reflect views of our organization,” said Nick Richardson, founder of the Gr8ter Veterans organization. “We do not want to divide the veterans’ community, the local community, or any community for that matter.”