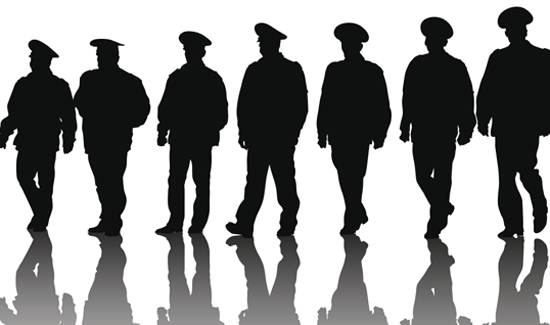 There are basically two ways local law enforcement agencies and the federal government can work together on police reforms. The first are “consent decrees,” legal agreements entered into by the feds and locals in which the Civil Rights Division of the DOJ works with cities, counties, agencies, and court-appointed monitors. The more recent “collaborative reform” agreements were administered by the Community Oriented Police Services (COPS) office. It’s these collaborative agreements that U.S. Attorney General Jeff Sessions has eliminated, not the more stringent consent decrees.

The Department of Justice has announced it would roll back an Obama-era program designed to oversee local police departments, report their failings and improve relations with communities they serve.

The department’s Office of Community Oriented Policing Services (COPS) is the branch that made the announcement and in a statement said that changes “will return control to the public safety personnel sworn to protect their communities and focus on providing real-time technical assistance to best address the identified needs of requesting agencies to reduce violent crime,” according to The Hill.

The Washington Post elaborated on the role COPS has played in recent years:

Within the Justice Department, the civil rights division has for decades conducted “pattern or practice’’ probes of troubled police departments to determine whether there are systemic problems that require a court-appointed monitor to correct. In recent years, however, the COPS office had gradually expanded to do something similar, issuing public reports about problems it found in individual departments.

On Friday, the Justice Department signaled that it will leave such work to the civil rights division and that the COPS office would return to its roots — advising police departments on best practices, offering training and becoming more collaborative.
In a statement Sessions said that the changes “will fulfill my commitment to respect local control and accountability, while still delivering important tailored resources to local law enforcement to fight violent crime,” according to The Hill.

Recently, Sessions reversed a policy that limited military equipment that was distributed to police departments. The move gifted departments with “access to military surplus equipment typically used in warfare, including grenade launchers, armored vehicles and bayonets.” Sessions described it as “lifesaving gear.”

In July, Trump gave a speech to law enforcement officers in which he encouraged the use of force and said “don’t be too nice” to suspects they hold in custody. He added that laws had been “stacked against” the police and were “totally made to protect the criminal, not the officers.”