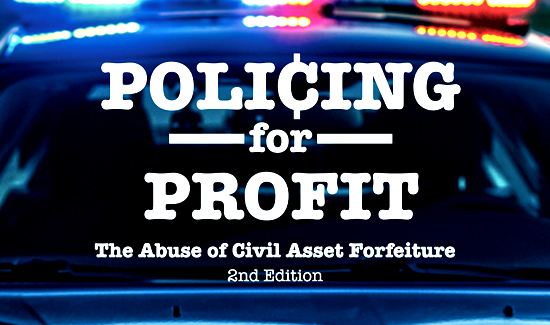 The Justice Department will soon make it easier for local law enforcement to seize cash and property from crime suspects and reap the proceeds, Attorney General Jeff Sessions said Monday.

Sessions said a shift will be announced this week that will increase the use of asset forfeiture, especially for drug suspects. The practice has been criticized because it allows law enforcement to take possessions — such as cars and money — without indictments or evidence a crime has been committed.

“With care and professionalism, we plan to develop policies to increase forfeitures. No criminal should be allowed to keep the proceeds of their crime,” Sessions told local prosecutors in Minnesota.

A change would likely represent another reversal by Sessions of Obama-era Justice Department policies. His Democratic predecessor Eric Holder had tightened control of the department’s asset forfeiture operations amid concerns that property could be seized without judicial oversight and without the owner ever being charged with a crime.

Holder namely restricted the ability of the federal government to take possession of, or adopt, assets seized by local authorities, who could then share in the proceeds with their federal counterparts. Civil liberties groups and some members of Congress praised the move as a step toward reform because that practice made it easier for local authorities to circumvent state laws that were sometimes stricter than the federal ones governing seizures.

Sessions on Monday said such practice — known as adoptive forfeiture — is “appropriate, as is sharing with our partners.” The line drew a round of applause from the hundreds of county attorneys and law enforcement officials inside a Minneapolis convention center.

(Ed. note: The practice is about as popular with people outside of law enforcement as Chris Christie is in New Jersey. The CATO Institute says 84 percent of Americans oppose asset forfeiture, and that number jumps into the high 90s where the practice is more commonplace.)