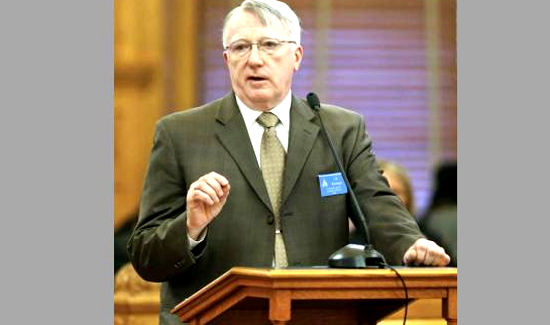 Via The Topeka Capital-Journal:

Ed Klumpp, who lobbies for a coalition of police and sheriff’s officer associations, recommended Senate Bill 180 to require applicants for a law enforcement job, who had been employed by another state or local agency, to authorize each prior employer to release files to agencies screening applicants. Anyone refusing to permit release of information couldn’t be hired.

“We cannot express strongly enough the importance in obtaining information necessary to determine if the applicant is or has been a problem employee,” Klumpp said. “Our background investigations are meant to explore indications of moral or integrity issues.”

Klumpp, who represents the Kansas Sheriff’s Association, Kansas Association of Chiefs of Police and Kansas Peace Officers Association, said the files would help agencies establish whether an applicant had been placed on a Brady-Giglio list. These lists identify officers with a record of dishonesty or other impeachable misconduct relevant to offering testimony in court.

Amanda Stanley, legal counsel to the League of Kansas Municipalities, said there were advantages and disadvantages to a bill requiring a state or local law enforcement agency to produce the entirety of an applicant’s file with the exception of binding nondisclosure agreements completed prior to July 1.

“It is essential to weed out the bad apples prior to hiring if at all possible,” she said. “Being able to evaluate why an officer left his or her last position is extremely important.”

In that sense, Stanley said, the League of Kansas Municipalities remained a supporter of state law mandating disclosure of reasons for the termination or resignation of an officer to the Kansas Commission on Peace Officers’ Standards and Training.