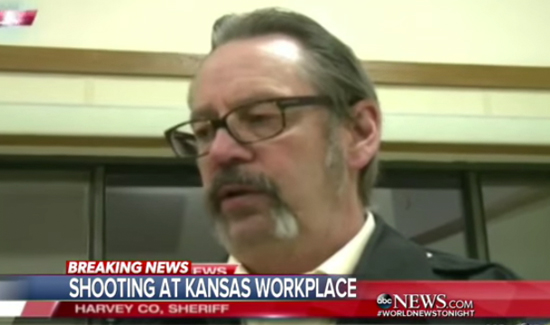 Three people were killed and 14 wounded in a horrific shooting at a Kansas workplace and two other locations Thursday evening, authorities said.

The shooter, an employee at Excel Industries—one of the scenes—was killed by police, Harvey County Sheriff T. Walton said in a press conference Thursday.

When or if the identity of the officer is disclosed, we will let you know.