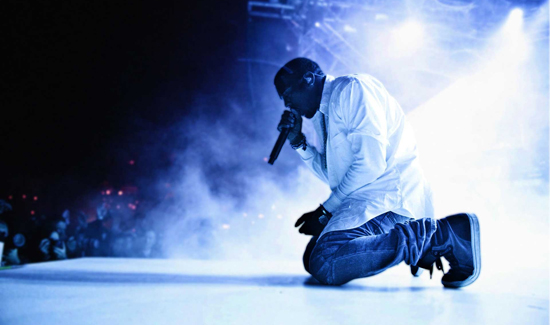 A man identifying himself as one of Kanye West’s doctors requested a police presence prior to the rapper’s hospitalization, according to a 911 call released by the Los Angeles Fire Department (via The Associated Press).

The unidentified doctor did not mention West by name, but said, “Request if we could have some police backup, because I don’t think the paramedics can uh, you know.” The man added later, “I think he’s definitely going to need to be hospitalized, so I wouldn’t just do the police by itself.”

The tape runs nearly five minutes, but much of it is redacted to keep certain details about West’s health confidential. The call ends with the dispatcher asking the caller to “keep an eye on him” and saying, “Don’t let him get any weapons or anything like that. If anything changes, if he does become physically combative between now and when police and/or paramedics get there, call us back immediately at 911.”

West was hospitalized November 21st after reportedly acting erratic while at the home of his personal trainer. Friends and authorities eventually convinced the rapper to go the hospital, where he was placed under observation for exhaustion. West was discharged from UCLA Medical Center yesterday, November 30th, and is at home under the care of his wife, Kim Kardashian, and his personal physician, Dr. Michael Farzam.