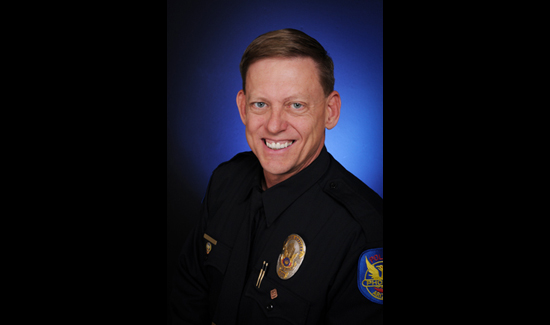 For the average person watching the nightly news or surfing Facebook or YouTube, it seems there is no shortage of videos depicting police officers in a negative light. It is easy, even for the best of us, to start to lose faith in our own profession if we allow ourselves to be sucked into the vortex of what seems to be an endless litany of negative media coverage.

Like it or not, we live in a media-driven world in which news and information is shared in video clips and sound bites through a variety of social media, not to mention a plethora of news websites accessible to anyone with a smart phone. In our increasingly tech-driven culture, fewer and fewer people get their news from nightly TV news broadcasts or newspapers. Instead, we’re relying more and more on news feeds, blogs, and info circulated on social media.

The police community is woefully underprepared, in many instances, to cope with the onslaught of negative media publicity generated against the law enforcement profession. So, why is this happening? I think it’s because our job is and always has been pretty simple: catch the 1-2% of society that preys on law-abiding citizens. Our job has never been to wage a media war to validate our actions or convince people we are the good guys. This, however, is exactly the position we find ourselves in. We are in a game of catch-up, trying to convince the public—and maybe even some of our own—that we aren’t as bad as the media makes us out to be.

Like it or not, the news media runs on ratings. Ratings equal money, and money equals staying in business. News doesn’t always have to be high-quality or factual, and the first one with the story is often the ratings winner. If a news director has a five-minute slot on the six o’clock news and has to make a choice between running a story on a police-run toy drive for the local orphanage or a police pursuit that ended with the bad guy getting shot (which will immediately be played out as an execution since five cops shot at the same time), which one do you think is going to get the airtime? In their world, it’s just business. In their minds, if they don’t run with the story, a competitor certainly will, and they can’t let that happen, or they might find themselves last in the ratings race.

Have we as a police community really gotten that bad? I don’t think so, and statistics back me up. According to the FBI Uniform Crime Report, the estimated population of the U.S. in 2014 was just over 268 million. This population was serviced by 12,656 police agencies. Those police agencies were staffed by 899,212 employees, 627,949 of whom were actual sworn officers. So, to keep things simple, let’s say 127,949 (just over 20%) of that number are police supervisors or officers working in administrative positions. This leaves us with a nice even number of half a million police first responders to police a population of over 268 million.

Now, let’s further assume that on average a police officer has five citizen contacts in a day (in reality, the number is probably higher, but we’ll go on the conservative side). This could include arrests, traffic stops, radio calls, educational contacts, motorist assists, medical assists, or any other public contact you can think of.

On a national level, this equates to 2.5 million contacts per day, 75 million contacts per month, and 900 million contacts per year. As police officers, we know that the vast majority of police citizen contacts are handled without incident and that, when force must be used to gain compliance, it involves minimal to no injury in most cases. Is it a far stretch to think that out of 2.5 million contacts in one day, maybe 10,000 of those contacts involved cops who went the extra mile to ensure a positive outcome? I’m talking about all the extra things cops do that aren’t required by the job but they do anyway because they care. Things like taking the time to shoot hoops with neighborhood kids, combing a neighborhood looking for a lost pet, giving a homeless person items of clothing or food, repairing a broken down car to get someone back on the road, paying the tab for a hotel bill so a displaced family has a place to sleep for the night, delivering groceries to an elderly shut in, buying gifts so a needy family can have a Christmas, and so many more. Ten thousand out of 2.5 million contacts equates to about one half of one percent (0.5%). I believe this number is, in all reality, probably much higher.

Considering these numbers, we find that instead of concentrating on the 10,000 exceptionally good things the police did on any given day in America during their contact with 2.5 million citizens, we succumb to the victim mindset of a society that chooses to ignore the good in exchange for the next salacious viral YouTube video that is played and re-played, tweeted and re-tweeted, passed around on Facebook and Instagram only until the next video showing a real or perceived misdeed by a cop surfaces. It reminds one of the old quote attributed to the Communist Socialist Vladimir Lenin, “A lie told often enough becomes the truth.” In this case, the lie being perpetuated is that police are brutal thugs that lack patience, are corrupt, and routinely trample on the rights of citizens.

The point is that the endless cycle of negativity has a brainwashing effect that can easily persuade the average citizen that the police can’t be trusted, and given enough time, can also make just about anyone start having doubts about themselves or their profession. To keep yourself grounded in reality, consider this: if, on a national level, 120 negative police videos hit the airwaves in a year and we balance it against 900 million police contacts per year, the percentage of negativity is .000013%. This is not to say we shouldn’t worry about negative press and endeavor to always do better, but doing the math helps keep things in perspective.

Whether we like it or not, police nationally are engaged in a media war, and we have two choices: stand on the sidelines and get steamrolled or get active and fight fire with fire. We have to become media specialists by default and learn to get proactive in using social media and other methods to show the positive side of police work. There are a lot of police agencies and associations that are already starting to do this. There are also a lot of citizens groups that support the police and are all too happy to assist in getting positive messages out there.

To answer the question, no, we really aren’t that bad. We are just allowing a small segment of society to use a very effective media machine make us look that way. We all know that cops are human and can and do make mistakes, some more serious than others. We also know we work in a profession with some of the highest standards that results in constant scrutiny. Complaints alleging misconduct are investigated and dealt with, either through administrative discipline, termination, or criminal charges.

What is important is that the numbers cited above allow us to keep the picture in true perspective. Don’t succumb to the propaganda and, more importantly, when you see the next negative video surface on YouTube, don’t forget the 10,000 times (or more) police officers across America go above and beyond every single day.

Some of the ‘professional communicators’ in law enforcement are still stuck in the last century where it was more important to withhold information and keep the ‘state secrets’, standing firm on the belief that in the end, the truth would always come out and the profession would be more honorable for not getting involved in the media circus.

We see now how damaging that type of mindset is given the reality that perception controls the narrative and if you aren’t creating, correcting and adding to the perception narrative then you are going to get steamrolled.

As a retired Police Officer and technology professional, I completely concur with Ken’s article. It has long been my perception that there is a severe lag in the U.S. regarding the adoption and/or utilization of “standard” social media-related practices by law enforcement. It’s time that the law enforcement community market itself (both locally and nationally) as the dedicated, self-sacrificing, public-serving group of dedicated organizations which it is!

The irony is that while so many anti-police (e.g. – Black Lives Matter) and even terrorist groups (e.g. – ISIS) have incorporated technology and social media practices into their daily operations, law enforcement agencies appear to remain reticent to do the same. Technology should not be relegated only to “devices” which can aid an officer catch a speeding motorist or analyze the blood alcohol level of a suspected DUI. There needs to be a spearheaded effort to incorporate social media and other “marketing” efforts to bring messages such as Ken’s well written perspective to the public forefront.

I would respectfully challenge police organizations such as the National, State and local Fraternal Orders of Police, to spearhead such an effort and help bring the true meaning and message of law enforcement to the populace of this great nation. The public needs to really know their local police in order to support them.