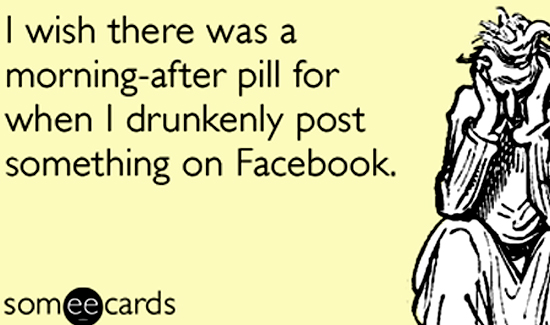 A deputy sheriff in Kentucky has been suspended after he posted a Facebook message that gloated about a “Muslim holler monkey” getting “evicted” at around the same time as President Donald Trump’s inauguration.

Local news station WSAZ reports that a Boyd County deputy sheriff came under fire last month for posting a message on his personal Facebook page that read, “That Muslim holler monkey has been evicted… now he and his shemale need to get gone!”

Boyd County Sheriff Bobby Woods announced this week that the deputy had been suspended for 24 days without pay for writing the post, which his office claims is “the maximum disciplinary action allowed by policy.”

It is not clear whether the deputy intended for the post to be about former President Barack Obama leaving the White House. The post was written in late January, however, and it did use slurs commonly used against both former President Obama and former First Lady Michelle Obama.

(Ed. note: At this point, if cops don’t realize their posts can jam them up, there’s really nothing anyone can do to help.)

That was a STUPID MOVE by the Deputy. That’s all I’ve got to say, other than he SHOULD’VE received a worse “punishment” than 3 and a half weeks w/o pay for such a STUPID AND DESPICABLE comment.

Yes, the deputy’s comment was not politically correct for these days, and he & others are at risk for open social media comments if you are not a liberal Democrat. I found the comment satirically funny & humerus as the former president & his wife leave the white house. The former president brought this upon himself as being the most destructive & unqualified racists and disrespectful person to occupy the white house EVER! This is what happens when the liberal media and public are duped to elect such a jackass as Obama. What a shame, over 200 years of a great free patriotic society and Obama wanted to fundamentally change the United States into a non-super power socialist European-like country. Thank God for President Trump! We have a lot of work to do to correct the last 8 years of Obama’s mess. My hope as a true patriot 30 year veteran of the US Marines is a safe, free country for All Citizens here where it is again OK to say Merry Christmas and to reference religion & God to which our Constitution was founded. To the dude that was offended by the deputy’s social media comments, suck it up sir, it’s free speach. If you forgot, OUR COUNTRY IS STILL AT WAR, AND ISLAMIC TERRORIST WANT TO KILL YOU & ME, PERIOD! Fly the flag, read American history, understand the thousands of military personnel who died horrific deaths for our freedom. Be a patriot.

Did you say “ever?” Did you really say that President Obama was the “most destructive & unqualified racists and disrespectful person to occupy the white house EVER!?” That’s [Sic] in more ways than one!

You mean to tell me that he was more “racist” than Presidents who owned slaves? Or more “racist” than public officials who supported and espoused slavery, or genocide against Native Americans? You do realize we had quite an assortment of those kinds of Presidents, don’t you? Washington, Jefferson, and Jackson all owned people. Did you hear me, dude? I said they owned people. There was Vice President, John C. Calhoun, a slave proponent whose name was finally removed from a hall at Yale this past week, two hundred years overdue. There was Woodrow Wilson, who was a segregationist who also believed in colonization and lauded the Ku Klux Klan.

As for the rest of your odious and repulsive commentary, it’s inconceivable to me how someone could serve in our highly integrated military for 30 years – let alone the Marines! — and be so completely devoid of the concept of what it means to be a “patriot” or even simply a polite human being. Apparently, in your scramble to paint yourself as a proponent of free speech instead of the hideously damaged soul that you are, it has eluded you that the our country was founded on the very principal of separation of Church and State, so that no one religion was more important or held more weight than another, and so that no bully such as yourself would be screaming about putting your religion, ethnicity, color, race, or creed above others; and that “all men” could be “created equal.” I guess that “equal” thing eludes you.

While I applaud your military service … and maybe you have PTSD or some sort of TBI that accounts for your disgusting attitude, and regardless of your fictions about the Constitution, which I sincerely doubt you have ever read, I sense by your post how it must have pained you to see a Black man as President. But he was, and I’m so glad you could join us in the 21st century for that. Obama did absolutely nothing to create any “mess” or exhibit any “racism” in any way. That is pure nonsense and that is the crap you and your merry band of brown-shirt, right wing radio hosts assholes have brought down on America.

And that is how the bloviating Donald Trump got elected. You insult the gentleman Obama while propping up a lying, tax-evading, draft-dodging, pussy-grabbing, sociopathic, infantile, malignant narcissist, a man in bed with a murderous dictator like Putin. Trump bears no resemblance to any “patriot” I ever heard of, but he does bear a strong resemblance to the dictators and fascists we’ve spent three hundred years wiping out.

You, sir, are the one who needs to go back to school … and while you’re at it, take a course in proper English punctuation. You’re in no literary condition to be preaching to anyone, since you cannot seem to formulate so much as a sentence in the English language.