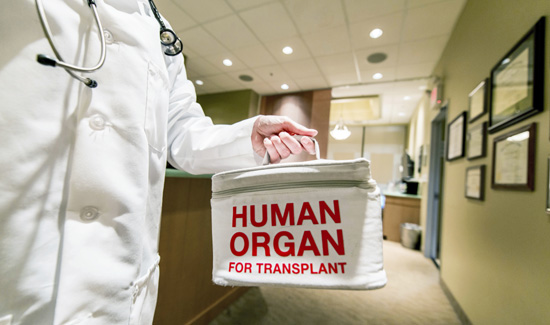 Sgt. Burrel “Chip” Davis, 40, has found someone willing to give up a kidney to save his life.

The donor giving him the ultimate gift is not a stranger but someone he works with every single day.

He is Officer Eric Crowder.

When Crowder, 32, learned his friend and co-worker needed a kidney, he says he didn’t hesitate to get tested.

He told the News 2 a personal experience led him to that decision.

“I saw what my uncle was going through when my aunt donated a kidney to him and it was just like night and day after the surgery,” he recalled.

In March 2014, Sgt. Davis learned his kidneys were failing.

Since last year, his condition has worsened and in July he was approved for the transplant list.

Friends, family, and employees with the City of La Vergne stepped up to get tested for Sgt. Davis, who has worked with the department since 2003.

Recently, Officer Crowder learned he was a match.

“He called and I was sitting there with him and he got the news so we actually heard it together,” Sgt. Davis said.

“I was like, ‘Oh, wow! Ok, this is starting to get a bit more real,’” said Officer Crowder.

The two men will undergo the major surgery on December 29.

They are excited and so are their families. Both men have two daughters who are friends.

For Sgt. Davis, a chance to get a new kidney from a friend is truly a rare gift of life.

“Eric was put in my life for a reason, not only to be friends but to work together and as somebody who helped save my life. I’m very blessed,” said Sgt. Davis.