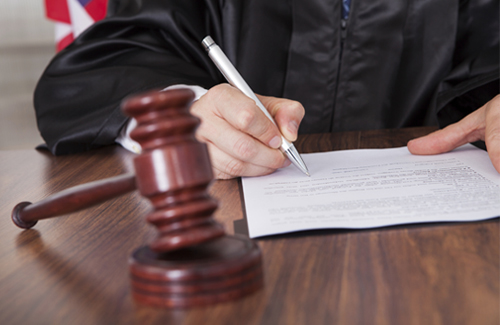 In a huge victory for public safety unions and associations and all public employees and retirees across the State of Illinois, the Illinois Supreme Court unanimously ruled unconstitutional a landmark state pension law that aimed to scale back government worker benefits to erase a massive $105 billion retirement system debt, sending lawmakers and the state’s new governor back to the negotiating table to try to solve the pressing financial issue.

The ruling also reverberated at City Hall, imperiling a similar law Mayor Rahm Emanuel pushed through to shore up two of the four city worker retirement funds and making it more difficult for him to find fixes for police, fire and teacher pension funds that are short billions of dollars.

Employee unions sued, arguing that the state constitution holds that pension benefits amount to a contractual agreement and once they’re bestowed, they can’t be “diminished or impaired.” A circuit court judge in Springfield agreed with that assessment in November. State government appealed that decision to the Illinois Supreme Court, arguing that that economic necessity forced curbing retirement benefits.

On Friday, the justices rejected that argument, saying the law clearly violated what’s known as the pension protection clause in the 1970 Illinois Constitution.

“Our economy is and has always been subject to fluctuations, sometimes very extreme fluctuations,” Republican Justice Lloyd Karmeier wrote on behalf of all seven justices. “The law was clear that the promised benefits would therefore have to be paid and that the responsibility for providing the state’s share of the necessary funding fell squarely on the legislature’s shoulders.

“It is our obligation, however, just as it is theirs, to ensure that the law is followed. That is true at all times. It is especially important in times of crisis when, as this case demonstrates, even clear principles and long-standing precedent are threatened. Crisis is not an excuse to abandon the rule of law. It is a summons to defend it,” he wrote.