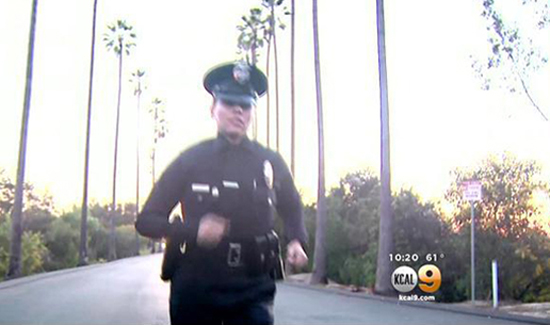 FRESNO — Two LAPD officers running from Sacramento to Los Angeles to honor fallen comrades were in Fresno Thursday as their 420-mile trek continues.

“You’re fatigued mentally and physically sucked dry and seeing guys coming on their own time and running with us, it’s a feeling you can’t describe,” Tudor told a CBS affiliate in Fresno.

“I’ve been training really hard every day. I’m out there running on my days off and on. I’m committed to this,” Cirrito said during his training in October.

They’re honoring police officers who have died in the line of duty and raising funds for their families left behind. It’s called Project Endure, and Cirrito and Tudor are enduring the grueling run in full duty uniform.