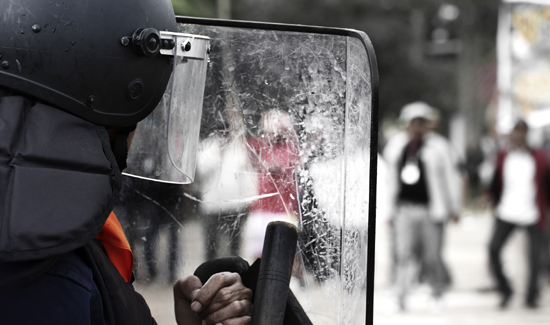 It’s exceedingly rare these days to pick up a newspaper or turn on the news without being confronted with yet another headline or report relating to an incident involving use of force by police.

Because the United States is now a televised society, where everyone with a smart phone is a one-man CNN, many of these use-of-force incidents are now captured on video, which are then disseminated to the public via the evening news, Facebook, and other media.

The emergence of so much video and audio footage involving police officers in the course of their duties is just starting to sink and as the new normal and various parties are making adjustments, or not, as the case may be.

But while the Eric Garner video and the footage of the response to a call involving Tamir Rice present a wide array of challenges and questions, there’s a video that has yet to be released from Chicago that observers say has the potential to create unrest and protest not locally, but nationally.

The suspect was allegedly carrying a knife, which would usually mitigate allegations of inappropriate use of force.

It does not appear that will make much difference.

A judge is set to decide this week whether to make public a video showing Chicago police shooting a black teenager 16 times, footage that those who have seen it say could create the kind of unrest seen in other U.S. cities following police-related deaths.
On Nov. 19, a Cook County judge will rule on a Freedom of Information Act request seeking the release of dashcam footage showing the final moments of 17-year-old Laquan McDonald, who was chased by cops before being shot repeatedly by Jason Van Dyke, a white police officer.

Two attorneys for McDonald’s family who have seen the video believe it could spark violence in Chicago if released to the public. A recent Chicago Tribune op-ed about the video was titled “The video that might rip Chicago apart—and why you need to see it.”