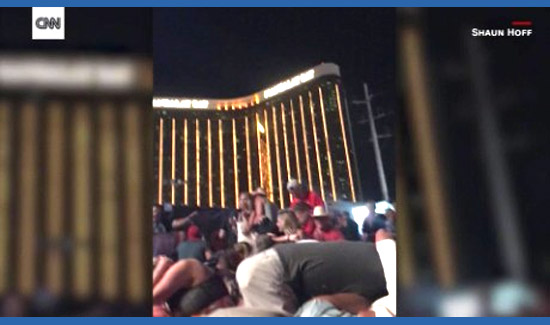 There’s a lot of talk about how agencies can use the recent carnage in Las Vegas to better train and prepare for active shooters and mass killers. National Public Radio has compiled audio files detailing the emergency communications that occurred as the events unfolded.

It took just over an hour.

At about 10:08 p.m. local time Sunday, the first reports of gunfire surfaced on dispatch radio for the Las Vegas Metropolitan Police Department. By 11:20 p.m., law enforcement had used explosives to bust down the door of a hotel room in Mandalay Bay, where they would soon report their suspect dead, surrounded by firearms.

In the horrific interval between — and for a confusing time afterward — there were calls for medical help, attempts to protect panicked civilians and conflicting reports of active shooters across the city. The radio dispatches reveal a battered police force struggling to save dozens of victims at the Route 91 Harvest music festival — and at the same time figure out who, exactly, was raining bullets down upon them.

At the same time, the dispatches do not reveal everything. Gaps and unanswered questions beneath the eddy of voices. Even the compilation of body cam footage released Tuesday night provides an incomplete, although dramatic picture. Some of the views are obscured by the darkness, obstacles or even articles of clothing.

What you’ll find below is the audio of the Las Vegas police response to Sunday’s massacre, as archived and hosted in the creative commons by a service called Broadcastify, which says the recording is unedited. The audio is divided into half-hour chunks, taking the listener from the opening moments to the immediate aftermath.

Below that audio, you’ll also find notable quotes from the response as it unfolded, time-stamped by approximation and arranged in the order they were reported.