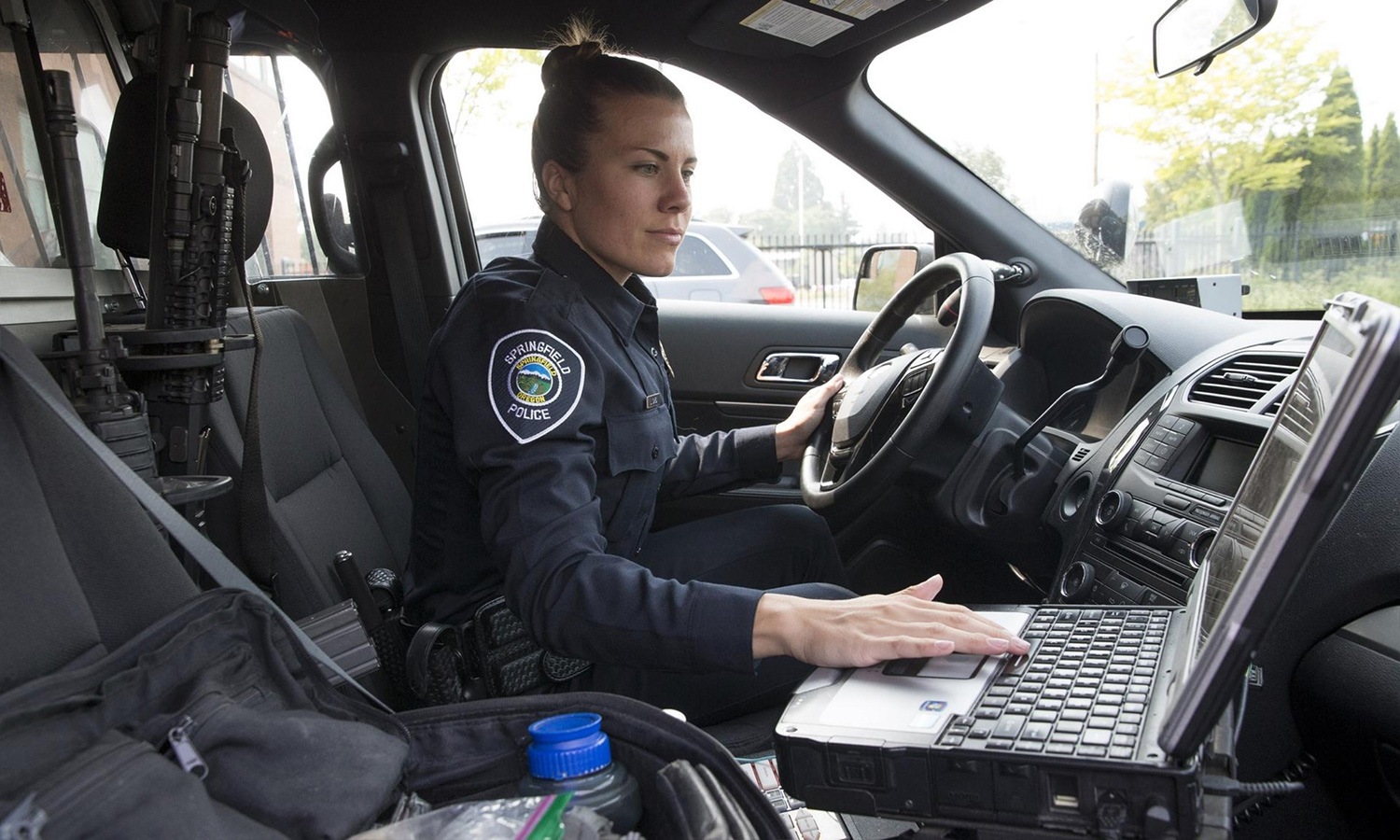 Ten months ago, Lauren Card was running from danger.

Now she’s ready to run toward it, after taking an oath to serve and protect the residents of Springfield as the newest member of its police force.

Card, 23, was attending the Route 91 Harvest Country Music Festival in Las Vegas last October when a gunman killed 58 people and wounded more than 500 in the worst mass murder in modern U.S. history.

Monday, Card was sworn in as a Springfield police officer, a career decision that she said was inspired by the shooting.

Card remembers running with the panicked crowd during the “madness and craziness” caused by the shooting. But she also recalls how she felt relief when police officers arrived and ran toward the chaos.

Card was attending the concert with her mother, Robin Baird of Eugene, and Baird’s longtime boyfriend, Kevin Lee, and his adult daughter, Kaila Lee.

Baird spoke to The Register-Guard four days after the incident and described how her family had escaped when Stephen Paddock opened fire from an upper-story window of the Mandalay Bay hotel into the concert crowd as country singer Jason Aldean was performing.

“We thought it sounded like fireworks; like one went off,” Baird said in the interview. “And I was looking for smoke or something, but then all of a sudden, I heard more shots, like a gun going off.”

Baird and her family started running, she said, taking cover under their riser-style VIP suite. Other people soon joined them, pushing and crawling their way under as best as they could.

The gunshots stopped for a moment, and then started again. The bullets were ricocheting off the metal structures around the stage.

Baird described how her family climbed fences, a 10-foot brick wall and other obstacles to make their way as far down the Las Vegas strip as they could. They were separated briefly — Card with Baird and the Lees together — but reunited when they all took cover in the MGM Grand hotel. Since the Vegas airport was on lockdown, they rented a car and drove to Arizona to catch the next flight home with nothing but the clothes on their backs.

“Our legs were covered in mud; we were in dirty, filthy clothes,” Baird said of arriving at the airport. “I was wearing a white shirt, and the back was just all nasty, from falling and climbing. We were wearing cowboy boots. I am sure people were just thinking, ‘What the hell have these people been doing?’ But I didn’t care. We just needed to go home.”

This week, Card’s mother praised her daughter’s choice to take such a bad experience and turn it into something good.

“I am very proud of her for becoming an officer and wanting to serve the community, especially after Route 91,” Baird said Wednesday. “She works really hard. With her achievements and strengths, I know she’ll be very successful.”

Card said she returned to college two days after the shooting and tried to return to her normal life.

“We all went through our own thing in our own way,” Card said. “At first I was having trouble focusing. I went through the initial shock stuff, like, ‘Holy crap, what just happened?’ And it was hard for awhile just to mentally process it.”

She added that she came to the realization, ”’Yeah, it sucks that it happened. My heart is with the families that weren’t as fortunate as ours. But we made it out, and I don’t want this to affect me in such a negative way and let it ruin my life. I want to do something with this, show that you can move on, you’re strong.”

Springfield police Lt. Scott McKee, who was on the department’s hiring committee, said the group wondered how the shooting would affect Card’s ability to react in dangerous police situations.

“She was asked how she felt like that had impacted her and how she might respond if she found herself in a similar circumstance, because … depending on the person, that could be traumatic for a long time and that could trigger post-traumatic stress,” McKee said.

Card replied that the experience will help her now that she’s a trained police officer, he said. Card said she already “knows what it’s like to be shot at,” and how she will respond if she finds herself under fire again, McKee said. “I thought that was really compelling.”