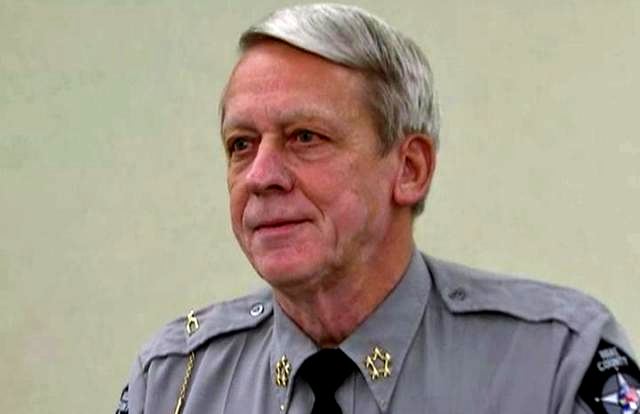 Prosecutors are proceeding in the case against a 61-year-old protester who was arrested for laughing during Attorney General Jeff Session’s confirmation hearings, the Huffington Post reports.

Desiree Fairooz, a seasoned activist affiliated with the well-known group Code Pink, apparently chuckled in disbelief when Alabama Senator Richard Shelby testified that the man tapped to become the head of the Justice Department had a record of “treating all Americans equally under the law is clear and well-documented.”

Fairooz was probably reacting to the fact that, in the past, Sessions allegedly called a black prosecutor “boy” and said that he had no problem with the Ku Klux Klan—apart from their use of marijuana. Coretta Scott King, the widow of Martin Luther King Jr., may have been instrumental in keeping Sessions from becoming a federal judge in 1986 by telling Congress in a letter that the appointment would “irreparably damage the work of [her] husband.”

According to a fellow activist’s account, Fairooz’s outburst was likely involuntary. Perhaps more disruptive was her removal by rookie US Capitol Police officer Katherine Coronado, which was captured on video by the Huffington Post.

That footage will apparently be used in court, when the government tries Fairooz for “disorderly and disruptive conduct” as well as a second misdemeanor offense for some unknown action that occurred after she was hauled off.