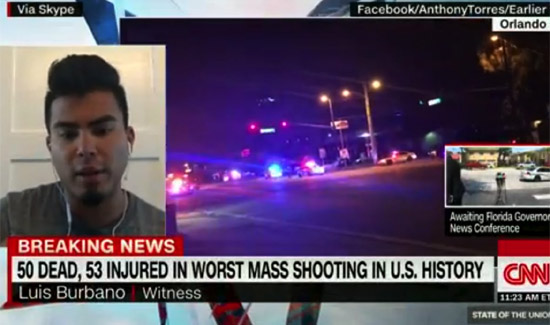 “Just a few weeks ago, I announced that I would propose a five percent pay raise for all sworn state law enforcement officers in my 2017-2018 budget as a thank you for their service and dedication to public safety,” said Scott, during his Wednesday stop in Orlando.

Building on that announcement, Scott now wants to put more funding toward the state’s counterterrorism operations.

During the attack that left 49 people dead and more than 50 injured, the shooter—Omar Mateen—had pledged allegiance to ISIS. And, even years before the massacre, he had been investigated by the FBI for links to terrorism.

“My daughter is about the same age as a lot of the individuals who died that night,” Scott said, later speaking to reporters. “It was attack on our gay community, our Hispanic community, but it really was an attack on all of us. You know, a terrorist attack can happen anywhere. So, it’s important to me as I know it’s important to everyone in law enforcement that we do everything we can to prevent another terrorist attack. That’s why in this year’s budget, I’m going to propose $5.8 million so that we have 46 agents focused on counterterrorism and intelligence. They’ll be around the state.”

The money for the agents is through the Florida Department of Law Enforcement. And, its Commissioner Rick Swearingen says he’s grateful.

“I’d just like to say thank you to the Governor,” he said. “These positions are critical to keeping Florida safe. If you listen to Director [James] Comey of the FBI, they do a great job. But, Director Comey has said the federal government cannot do this on their own. So, it has to be a collaborative effort.”

Swearingen says each agent will have a role to play.

“So, the positions we’re seeking—38 of those will be special agent positions, one will be a special agent supervisor, and the other eight will be crime intelligence analyst positions,” he added. “Those positions will allow me to be assign an agent to every Joint Terrorism Task Force (JTTF] here in the state. Miami has nine Joint Terrorism Task Forces alone. The FBI has nine in Miami alone. Two in some of the other regions, but it will give me the ability to put an agent on every JTTF in the state. The others, it will be a mixed role of gathering intelligence on some of these folks and working operational cases, once they’re identified.”