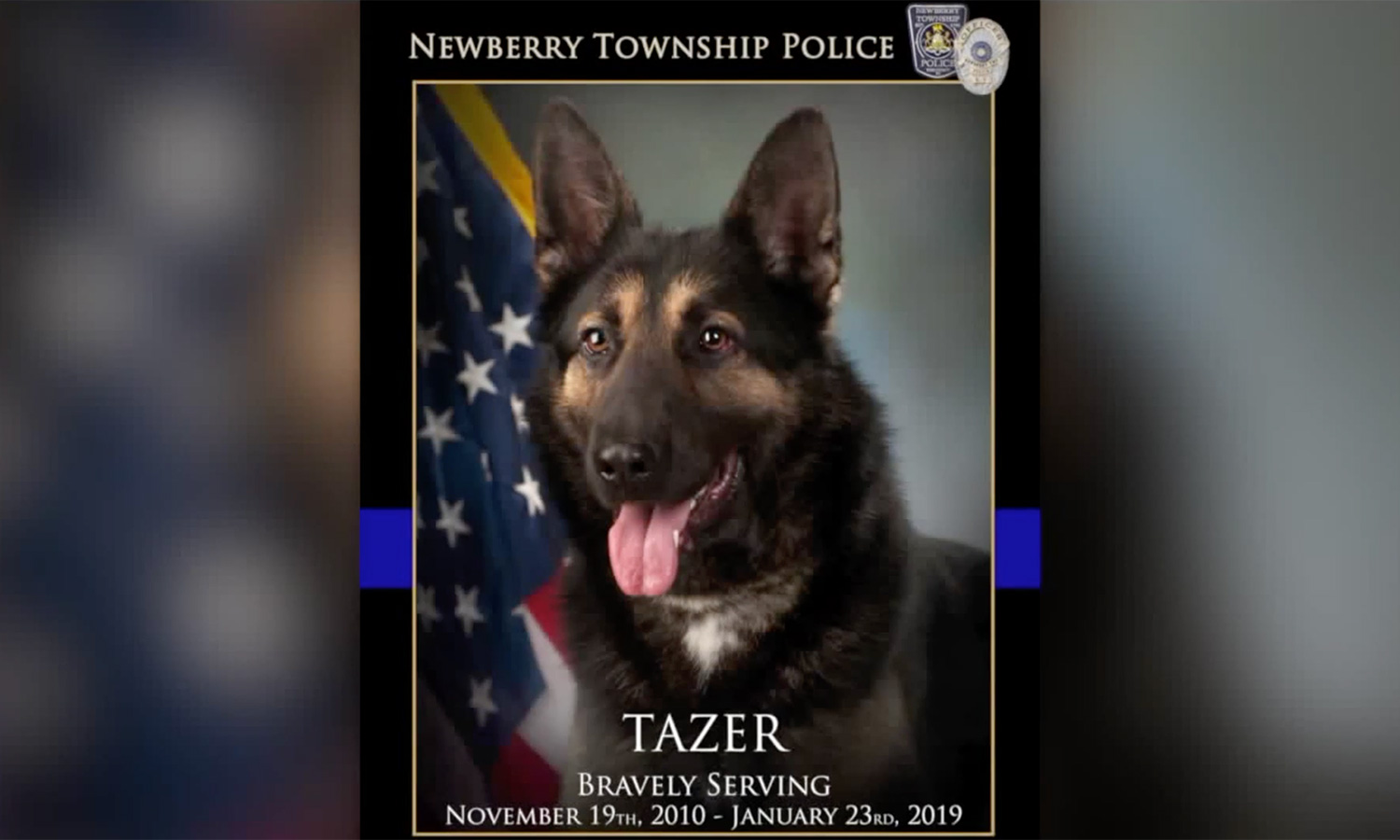 Dozens of police officers from around the area gave their final salute to K9 Tazer before he had to be put down.

FOX43 was there for Tazer’s final moments.

The chief says K9 Officer Tazer brought an energy into the department that will never be replaced.

He calls it a true loss for York County.

It was a final salute to K9 Officer Tazer, who spent more than 8 years serving with the Newberry Township Police Department.

‘Tazer was an officer. It’s not just losing a K9. It’s losing an officer… anyway that you look at it,” said Chief Steve Lutz.

It’s all around loss for York County as well.

Tazer won two Medals of Valor and other awards while serving the community.

Vets recommended Tazer be put down after he was diagnosed suddenly with an aggressive form of bone cancer.

Chief Lutz tells FOX43 he lost his vision, suffered from a broken leg, and just wasn’t acting like himself.

“It’s a very very difficult decision. I’ve had to make it three times myself. It’s really tough time for the officer as well as the family and the department,” said Chief Garth Warner with Derry Township Police Department.

Tazer, though, stayed true to his badge until the very end.

“He didn’t present the vibe of being ill; he still presented himself as a police officer,” said Lutz.

He’ll be remembered by a close bond with his handler, Sergeant Chris Martinez, and an undeniable loyalty to the department.

“I’m friends with Martinez. I know where he lives. I go visit him. We hang out together, and I know his neighbors, and there wasn’t a day that gone by he wasn’t out there training with his dog every day. That’s his life,” explained Sergeant Keith Farren with Newberry Township Police Department.

“He might not be able to talk or type or do reports, but when the time would come when we needed him… he was always there,” added Lutz.

Chief Lutz tells us Sergeant Martinez would like to thank the community for their support of the K9 program and the township for giving it the okay in the first place.

He says it’s too soon to say if they’ll bring on another K9 as the department needs time to heal.

Even if they do, Chief Lutz says there won’t be another like K9 Tazer.