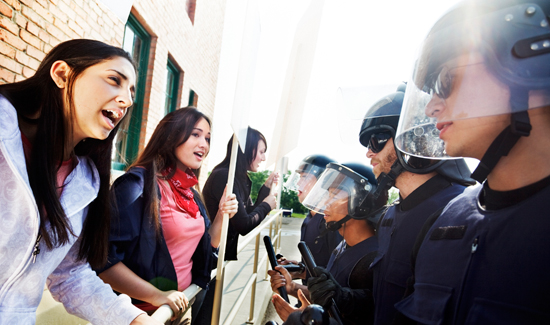 The youth of America often has a hard time being heard. “What do they know anyway? They’re just a bunch of dumb kids,” many people think.

Well, it might be time for law enforcement agencies start listening.

In South Florida, a new program is sparking conversation between Miami-Dade police officers and teenagers from the neighborhoods they patrol.

“There is an entire segment of our population that does not feel protected by the people that they are, through their taxes, paying to protect them,” said Odio.

She then thought up the idea of coordinating dialog between local cops and teenagers from low-income neighborhoods.

She partnered up with Antoine Hardy, who teaches communications at Florida International University and moderates the conversations.

At first, many of the police officers didn’t know what to expect.

“When we first walked in we had no clue that we would literally be cops and teenagers,” said Officer Mercy Rodriguez. She has been to all three of the meetings held so far.

“It was very real, being in a conversation with them and seeing what their views are,” said Rodriguez.